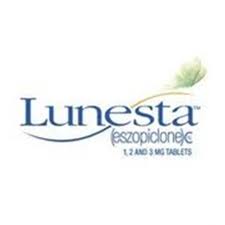 Washington, DC: A new warning that the insomnia drug Lunesta (eszopiclone) can cause next-day impairment of driving and other activities that require alertness has been issued by The US Food and Drug Administration (FDA).
A study of Lunesta found that the previously recommended dose of 3 mg can cause impairment to driving skills, memory, and coordination that can last more than 11 hours after receiving an evening dose. Despite these driving and other problems, patients were often unaware they were impaired. The new lower recommended starting dose of 1 mg at bedtime will result in less drug in the blood the next day.

The FDA announcement states that women and men are equally susceptible to impairment from Lunesta, so the recommended starting dose of 1 mg is the same for both. FDA approved changes to the Lunesta prescribing information and the patient Medication Guide to include these new recommendations. The drug labels for generic eszopiclone products will also be updated to include these changes.

Posted by
Heather Scholl
on March 25, 2016
I was on Lunesta starting 7/2/15. I immediately started to have large memory loss. I don't remember anything but short clips the first week. I was also taking seroquel for insomnia. I continued to have memory gaps, confusion, unusual behaviors, trouble concentrating and one time I went and bought alcohol and drank it which I don't recall and I do not drink at all and other odd behaviors. It got so bad and the side effects from the two had me so disoriented that 911 was called 6 times. The ER diagnosed me with a Soma overdose but all drug tests were negative. CPS got involved in 12-14-16 and I have barely seen my son since then because CPS claimed I was a danger to my 17 year old because of the wrong overdose diagnosis. It should be noted that CPS never got my medical records or did not do an investigation that they said they were going to do. I have lost everything (I raised my son for 17 1/2 years alone) and we have no relationship anymore which we were very close before all this. CPS and the hospital (North Memorial) have convinced my son that I'm a drug addict (which I'm not) so he won't talk to me and the social worker tells him to stay away from me with nothing to back it up. I told the hospital multiple times I thought it was these two meds or a bad medication reaction but they said it was not and forced me to take them while I was there. I stopped taking them 12-14-15 when I was released from the hospital and none of the symptoms have returned. I've actually been doing much better and sleeping which I still wasn't doing when I was on Lunesta and seroquel but this does not help with the damage that has been caused by loosing my son. Please help.