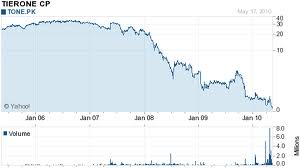 New York, NY: A securities class action lawsuit has been filed on behalf of purchasers of TierOne (otc markets: TONEQ) stock between March 13, 2009 and May 14, 2010. The complaint charges TierOne's former auditor KPMG LLP and certain of KPMG's audit partners with violating the federal securities laws. No Class has yet been certified.

The complaint charges that KPMG and certain of its audit partners violated the federal securities laws by issuing a false and misleading "clean" audit opinion for TierOne's fiscal year 2008 financial statements and its internal controls.

The complaint asserts that KPMG fraudulently disregarded audit procedures and tests that, if conducted, would have revealed the financial fraud at TierOne. When news of the fraud was revealed, the price of TierOne's stock dropped and ultimately the bank failed - causing investors substantial losses.

If you have suffered from financial losses, you may qualify for damages or remedies that may be awarded in a possible TierOne securities class action lawsuit. Please fill in our form on the right to submit your complaint for a free evaluation.