A class action lawsuit has been filed against the US parent company of Winners and HomeSense regarding a security breach. TJX noted its computer systems were hacked late last year, exposing the personal information of millions of customers.

The security breach may have begun as far back as May 2006, more than seven months before it was discovered. TJX noted that portions of the information regarding credit and debit card sales transactions during 2003 and from the period from mid-May to December 2006 may have been accessed in the intrusion. 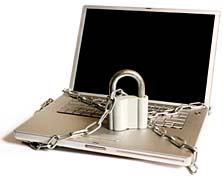 In January 2007, TJX Cos., a discount retailer that operates T.J. Maxx, Marshalls, HomeGoods and A.J. Wright stores, reported that computers that handle customer transactions at a number of its chains were broken into.

An intruder may have accessed U.S., Canadian and Puerto Rican transactions during 2003, as well as transactions for mid-May through December 2006. Consequently, a West Virginia woman was advised by her bank that her debit card had been "compromised" when a hacker broke into TJX computers. The woman sued the company claiming that the computer breach at the company exposed her to the risk of fraud and identity theft.

The complaint alleges that "[t]his action arises from TJX's failure to maintain adequate computer data security of customer credit and debit card data, which was accessed and stolen by the computer hacker." The complaint further claims that TJX was negligent in failing to have adequate security in place to safeguard customers' private financial information and that the retailer failed to tell customers of the security breach as soon as it was discovered. The suit seeks unspecified damages of more than $5 million and certification as a class action on behalf of all people in the U.S. whose personal or financial information was stolen from TJX's computer system.

TJX Customer Information Stolen in Security Breach
TJX Cos. is in hot water after a class action lawsuit was filed January 29th in response to a security breach at the company.

TJX Security Breach in the News

APR-01-07: Data from approx. 45.7 million credit and debit cards of shoppers at off-price retailers including T.J. Maxx and Marshalls were stolen by a hacker, in a case that may be the largest such breach of consumer information. [
Stay Informed
Get the latest on class action lawsuits, settlements & more! Subscribe to our free weekly newsletter.
Get our Newsletter!
Submit a New Complaint
Been wronged by a similar product or service?
Click here to send us your complaint.