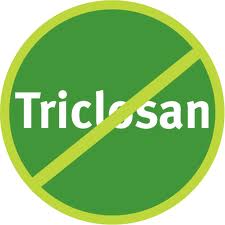 New York, NY: Triclosan, according to new scientific evidence, has been found to restrict muscle contractions in mice and fish and the results are raising questions about the safety of the chemical in humans. Triclosan is an antibacterial chemical found in many household items such as hand sanitizer as well as the environment.
According to a report by CBSnews.com researchers initially tested the antibacterial chemical on isolated heart muscle fibers from humans. They found that the communications channels that allow muscle movement became blocked when Triclosan was introduced, which, theoretically, would lead to skeletal and cardiac muscle failure.

The researchers then tested Triclosan on mice using levels comparable to those humans would experience on a daily basis through normal use of household products. They found that the mice died almost immediately. They then lowered the dose and found that within 20 minutes of exposure the mice suffered from approximately 25% reduction in heart function measures.

"The effects of triclosan on cardiac function were really dramatic," study co-author Dr. Nipavan Chiamvimonvat, professor of cardiovascular medicine at UC Davis, said in the press release. "Although triclosan is not regulated as a drug, this compound acts like a potent cardiac depressant in our models."