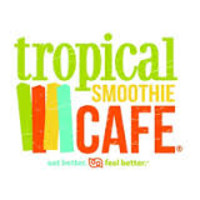 Yorktown, VA: An outbreak of Hepatitis A, linked to infected strawberries from Egypt used in Virginia Tropical Smoothie cafes from late July through August, has prompted the filing of a food poisoning class action lawsuit.
According to Virginia State health officials, at least 28 cases of Hepatitis A have so far been linked to the tainted strawberries. As of Friday, 35 cases of Hepatitis A had been recorded, with a majority connected to stores in Northern Virginia, according to state health officials. Tropical Smoothie has locations in Hampton, James City and York counties and roughly 300 stores nationwide.

The lawsuit, is filed against Tropical Smoothie by Laura L. Pyka , who is claiming damages and recovery of costs associated with vaccination shots she got to guard against hepatitis A.

According to court documents, Pyka had smoothies at a Yorktown store in the last month or so. After finding out she'd possibly been exposed to hepatitis A, she followed health official recommendations and had a series of vaccination shots.

Hepatitis A is a disease often transmitted by contaminated food or drinks that can cause liver infections with fever, jaundice and malaise.

Pyka is represented by Bill Marler of Marler Clark in Seattle.