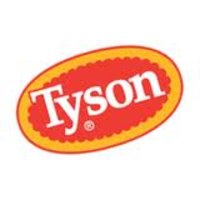 Santa Clara, CA: Tyson and Perdue Farms are facing an antitrust class action lawsuit over allegations they engaged in a chicken price-fixing scheme. The suit calls the industry’s means of destroying its livestock “unparalleled.”
Specifically, the lawsuit claims the companies were involved killing hens, flocks and destroying eggs to limit production and raise the price of 98 percent of the chicken sold in the U.S. by nearly 50 percent.

The lawsuit, filed Sept. 14, 2016, in the U.S. District Court for the Northern District of Illinois, Eastern Division states that the laundry list of defendants control 90 percent of the wholesale broiler chicken market, an industry with more than $30 billion in annual revenue.

The lawsuit describes in detail how the chicken industry conspired together to raise prices, stating that in 2007, Pilgrim’s and Tyson attempted to cut production levels enough to cause industry prices to rise, but failed to impact the market due to their market share.

“In January 2008 Pilgrim’s and Tyson changed tactics and concluded that only through broader cooperation among major producers in the Broiler industry could supply be cut enough to force prices to increase,” the suit states.

After attending the industry event, Tyson’s CEO announced Tyson would be raising prices because “we have no choice.” A day later, a Pilgrim’s executive announced publicly that Pilgrim’s would be cutting its production and “the rest of the market is going to have to pick-up a fair share in order for the production to come out of the system.”

According to the suit, unlike Pilgrim’s and Tyson’s prior production cuts, in 2008 the defendant chicken producers did not rely solely on ordinary mechanisms to temporarily reduce production, which would have permitted production to be quickly ramped up if prices rose.

The industry kingpins continued to make coordinated cuts to their production in 2011 and 2012, which included further substantial destruction of industry breeder flocks, even going as far as to ship breeder flocks to Mexico.

Posted by
Charlotte Harris
on September 4, 2017
I have bought Tyson and Perdue products for a very long time and I am not happy about these accusations. The product is a good product but grossly overcharged. If this is correct what they have been doing to raise the prices it is an unacceptable reason for price increases not to mention the moral issues. I definitely do not believe in shipping breeder flocks out of the US either.