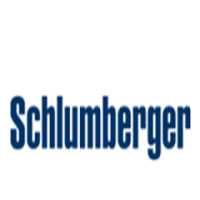 Santa Clara, CA: An unpaid overtime class action lawsuit has been filed against oilfield services company Schlumberger Tech Corp, by workers who allege the company is in violation of the Fair Labor Standards Act (FLSA).
According to the suit, the defendant schedules workers for long shifts but pays them salaries plus a day rate, instead of overtime rates as required by both state and federal labor law. The laborers are not exempt from overtime as they perform manual duties that fit within a checklist set by their superiors, the suit states.

Fritchman states in the suit that he and other workers performing the same job worked grueling schedules, working and living in the field sometimes for weeks. Typically, a schedule would require one worker on the “day” shift and the other on the “night” shift. Those shifts were 12 hours, and the employees worked seven days a week.

The suit is seeking back pay, liquidated damages, attorneys’ fees and costs under FLSA for the company’s misclassifying its workers as exempt from overtime rules.