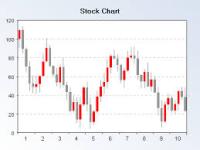 New York, NY: A securities class action lawsuit has been filed against Uranium Energy Corp. ("Uranium Energy"or the "Company") (NYSE:UEC) and certain of its officers. The class action, filed in United States District Court, Southern District of Texas, and docketed under 15-cv-01862, is on behalf of a class consisting of all persons or entities who purchased Uranium Energy securities between October 14, 2014 and June 17, 2015 inclusive (the "Class Period"). This class action seeks to recover damages against Defendants for alleged violations of the federal securities laws under the Securities Exchange Act of 1934 (the "Exchange Act").

The Complaint alleges throughout the Class Period, defendants made materially false and misleading statements regarding the Company' business, operational and compliance policies. Specifically, defendants made false and/or misleading statements and/or failed to disclose that: (1) Uranium Energy stock achieved an unsustainable valuation by using paid stock promoters, yet failed to disclose the use of such promoters in its regulatory filings pursuant to Section 17(b) of the Securities Act of 1933; and (2) as a result of the foregoing, Uranium Energy' public statements were materially false and misleading at all relevant times.

On June 18, 2015, an article published by TheStreetSweeper.org reported that Uranium Energy was using undisclosed paid stock promotors to increase the value of Uranium Energy shares. According to a report by hotstocked.com, quoted in the article above, Uranium Energy has caused to be published at least eight separate stock promotions, for which the Company, or third parties controlled by the Company, paid over $200,000. Some of the stock promotion campaigns, from promotors named "LightningStockPicks,""Micro Stock Profit,""InvestorSoup.com,""The Penny Stocks Finder,""tock Preacher,"and "Future Money Trends"include headlines such as "Chart Is Glowing Green! (UEC) #1 NYSE Play Today,""UEC Just Hit Critical Mass,"and "(UEC) #1 NYSE Play Today."

On the following day, the Company issued a press release denying the allegations and stating that the article published by TheStreetSweeper.org had no merit. However, the article did not address the allegations related to the undisclosed paid stock promotions and market was unconvinced.

If you have suffered from financial losses, you may qualify for damages or remedies that may be awarded in a possible Uranium Energy Corp securities class action lawsuit. Please click the link below to submit your complaint for a free evaluation.