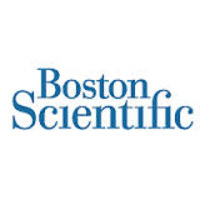 Santa Clara, CA: A proposed consumer fraud class action lawsuit has been filed against Boston Scientific Corp, alleging the medical devices manufacturer violated the Racketeering and Corrupt Organizations Act (RICO) by selling defective vaginal surgical mesh made of counterfeit supplies from China.
Specifically, the complaint alleges that after losing its US supplier of the synthetic resin used to make surgical mesh, Boston Scientific resorted to unverified and substandard materials by purchasing resin from a known counterfeiter and smuggling it out of China through secret shipments, as if it were a "drug deal,"the complaint states.

The plaintiffs in the suit are women who claim to have experienced bleeding and other complications from the plastic vaginal mesh implants. They want the court to block Boston Scientific immediately from selling any medical devices containing the allegedly harmful material.

According to a statement from the law firm handling the case, in 2005 Chevron Phillips Chemical Co, stopped selling its polypropylene resin for surgical mesh, known as Marlex, stating it shouldn't be used in medical devices involving permanent implantation in the human body.

However, Boston Scientific allegedly ignored those warnings and instead sourced another maker of of the resin pellets, the suit claims. Unable to find a US supplier, the medical device maker in 2011 and 2012 bought 34,000 pounds of the material from EMAI Plastic Raw Materials Inc, the suit states.

Lead plaintiff Teresa Stevens, a 46-year-old grandmother who had a mesh implant procedure in October 2014, alleges she has experienced pain, bladder infections and other complications resulting from the implant.

The suit seeks unspecified damages for thousands of women who have received the mesh product after September 2012, as many as 55,000 each year.

Stevens is represented by J. Steve Mostyn and Amber Mostyn of the Mostyn Law Firm and Harry F. Bell of the Bell Law Firm PLLC.

Posted by
BRIGITTE P WILLIAMS
on January 24, 2016
I HAD SUCH A MESH IMPLANTED AND I EXPERIENCED MANY AILMENTS AFTER THE SURGERY, SUCH AS MANY INFECTIONS, PAINFUL INTERCOUSE, PAINFUL URINATION ENSUING THE IMPLANTATION OF THE DEVICE.
PLEASE KINDLY ASSIST. THIS HAD DISASTROUS EFFECTS ON MY HEALTH AND I JUST WANT TO BE MADE WHOLE.
WITH BEST REGARDS,