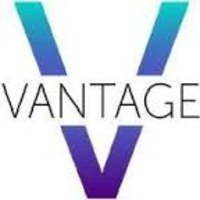 Santa Clara, CA: A consumer fraud class action lawsuit has been filed against Vantage Travel Service Inc., d/b/a Vantage Deluxe World Travel and Vantage Adventures, alleging the tour companies failed to provide a 15-day luxury “Majestic Rivers of Europe” cruise that the plaintiffs had paid for. Instead, the complaint asserts, they were given a five-day cruise and eight-day bus trip.
Filed by plaintiffs Ronald Herbert of Baton Rouge, LA., and Aime Denault of Westminster, MA., the suit asserts they signed a contract with Vantage for the “5 Star Luxury” river cruise that would include stops in Austria, Germany and Hungary. The cruise was scheduled to begin in July 2016.

However, according to the suit, the agreement between the parties failed to properly disclose key terms of the contract, including that actual owners and operators of the MS River Voyager, which was advertised by Vantage as a “Deluxe state-of-the-art ship” that was part of “our fleet.” The contract also failed to disclose a lack of an emergency plan and lack of qualified agents that would be present on the cruise ship.

“Vantage was responsible for having an emergency/contingency plan in place to address events on its ship such as engine failure, but failed to do so,” the suit asserts.

Additionally, not only did Vantage failed to provide the 15-day river cruise it promised the plaintiffs, it also refused to provide any refunds to customers, the complaint alleges.

“Plaintiffs have sent to Vantage by certified mail demands for relief, identifying the claimants and reasonably describing the unlawful and unfair and deceptive acts and practices relied upon, and the damages sustained as a result,” the complaint states. “Vantage has refused to grant reasonable relief upon demand in bad faith with knowledge or reason to know that its acts and practices complained of violate [the Massachusetts Consumer Protection Act].”

The suit seeks to represent all persons who paid for a 15-day “Majestic Rivers of Europe” cruise but instead received a five-day cruise and eight-day bus trip.

The lawsuit is Ronald Hebert, et al. v. Vantage Travel Service Inc., Case No. 1:17-cv-10922-DJC, in the U.S. District Court for the District of Massachusetts.

Posted by
WILLIAM SIEBOLD
on June 10, 2022
Booked a Beauty of the British Isles, 15 day cruise, in Feb. 2021. We only found out the cruise on the Ocean Odyssey was cancel 6 6 22 when checking to assure our airfare was in place for out 15 day cruise beginning in London and ending in Edinburgh, Scotland. 6 10 22, We still have not received notice of cancelation. There Website reflects that we have been rebooked for July 2023. I have asked for documents showing that we understood that we would not receive a refund when they canceled. Did not receive notice and they fail to show me on their website.
I have sent 2 request for information i.e. cabin # for reassigned cruise, copy and location of their terms of use. I had to cancel hotel stays in both London and Edinburgh and have lost money on tours already booked and money lost.
The supervisor, Ms Delgaldo, of Vantage Employee, Brandon ( per employee, tells him to hang up on me, which he does). The reservation desk employee, Eric, just puts me in que and as of now hours have been wasted trying to get information. Sent request to the email provided and no one responds, with nothing more than they received my request. We are waiting for over $24,000 + spent. They say the Ocean Odyssey is being kept in a Chinese port due to Covid. They have most likely received compensation for the late or no delivery of vessel. I will have lost the interest for near 3 years on the money paid by the next cruise in 2023.
I am concerned that due to the Vantage finances, that we may loose our total investment.