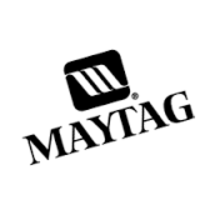 Santa Clara, CA: Whirlpool is facing a consumer fraud class action lawsuit over allegations the company misrepresents the efficiency of certain models of its washing machines. Specifically, the lawsuit asserts Whirlpool promoted certain Maytag Centennial model washing machines as Energy Star-qualified, labeling the machines with the Energy Star logo. However, these washing machine models do not meet the Energy Star efficiency standards and in fact use more water and energy than stated on the labels.
Filed by Walt Famular, individually and for all others similarly situated, the lawsuit alleges breach of express warranty, unjust enrichment, and violations of the New York General Business Law.

According the lawsuit, the US Department of Energy requires that Energy Star-qualified washing machines must use approximately 50 percent less water and 37 percent less energy than standard models. However, Famular claims that he and others similarly situated paid more for these models but did not save as much as they should have on water and energy bills over time using the machines.

The lawsuit seeks statutory, compensatory and punitive damages, plus interests, restitution and disgorgement, injunctive relief, attorney fees and other costs of the suit. U.S. District Court for the Southern District of New York Case number 7:16-VC-00944-VB.