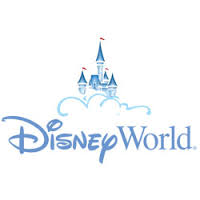 Santa Clara, CA: Disney is facing an employment class action lawsuit filed by a former IT workers who claims Disney violated the anti-racketeering RICO statute by engaging in a "conspiracy to displace US workers."
According to the lawsuit filed by Dena Moore, and IT worker at Disney, the entertainment giant broke the law when it hired cheaper foreign replacements, then fired its current IT department. According to the suit, IT workers were told they would remain employed for 90 days while they trained their less expensive replacements, who were H-1B visa holders. The workers were also told that "if they did not stay and train they would not get a bonus and severance, which most employees reluctantly accepted," the lawsuit asserts.

Moore also names labor contractor Cognizant Technology Solutions as a defendant in the suit, which goes on to claim that the defendants weren't truthful when they filled out immigration documents, thus violating a section of the RICO law that bars "fraud and misuse of visas, passports, and other documents."

This is one of two such suits filed against Disney claiming violations of the RICO statute. "Each making of false and fraudulent statement[s] on an individual visaholder' H1B application constituted a separate racketeering act," Moore claims in her proposed class action complaint. It is estimated the total number of IT workers laid off by Disney last year is between 200 and 300.

Moore is represented by Sara Blackwell of The Blackwell Firm. The Case is 6:16-cv-00113-JA-KRS. Moore vs. Cognizant technology Solutions and Walt Disney World.