This is a settlement for the McDonalds lawsuit.
November 30 2015 - by Lucy Campbell 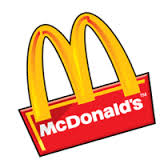 Santa Clara, CA: A $1.5 million settlement has been reached in an employment lawsuit pending against McDonald' Corp. alleging the company failed to compensate a class of employees for time and costs associated with the cleaning of work uniforms, in violation of the federal Fair Labor Standards Act (FLSA) and New York Labor Law (NYLL).
The settlement affects a class of workers paid on an hourly basis to work at the fast food restaurant and a New York-based franchisee. Filed in 2014, the class alleged violated the FLSA and NYLL.

According to court documents, the $1.5 million settlement covers awards to a class of current and former employees of McDonald's who worked in certain hourly, nonexempt and nonmanagerial positions at restaurants in New York from March 13, 2008, through the date that the New York federal judge approves the instant filing.

Additionally, the settlement covers administration expenses and attorneys' fees. A fairness hearing is required to finalize the settlement.

Filed by lead plaintiff Tasha Beard in 2014, the suit claims that McDonald's imposed cleanliness standards on its employees' uniforms. However, as stated in court documents, McDonald' failed to maintain the uniforms itself or provide its employees with mandated uniform maintenance payments as required by state law for the time spent keeping the uniforms in tip-top shape.

Posted by
timeka johnson
on November 12, 2016
I applied for nycha in 2008 i was selected to sumner houses in 2009 in may of 2014 sumner houses sent out an apartment viewing after going to the management office constantly so they could update my address, in which they failed to do on numerous occassions they still sent my veiwing to the wrong address..I called prior to them sending out my letter on two occassions one was in may in 2014 in which i was told that i was still on the waiting list and in august 2014 that is when i was told that my application was deemed dead because i didnt respond to the letter they sent out... This has caused me to be homless and in the shelter and emotional stress for me and my now 10 yr old son who was 7 @ the time...This is an adninistrative error on their part which they refuse to do anything about except to only put me back on the list after i was already due for an apartment...