This is a settlement for the Wolfgang Puck Faces Unpaid Tips and Overtime Class Action lawsuit.
January 14 2015 - by Lucy Campbell 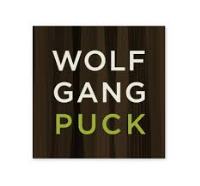 Los Angeles, CA: A $1.7 million settlement has been approved in a California unpaid overtime class action lawsuit brought against Spago Beverly Hills, Wolfgang Puck Bar & Grill in Los Angeles, and Chinois in Santa Monica, California by some 900 current and former employees at the restaurants.
According to the terms of the settlement, $7,500 will be paid to lead plaintiff Ruben Sanchez, who filed the lawsuit in December 2012. He claimed Wolfgang Puck's restaurants violated wage and hour laws, and failed to reimburse employees for business-related expenditures, among other labor violations. According to court documents, there are 888 eligible employees who will participate in the settlement.

Additionally, the restaurant company will pay $10,000 to the California Labor and Workforce Development Agency, and if more than $10,000 of the class checks should turn out to be uncashed, undeliverable or expired, the difference would go to class members who cashed their checks within 90 days of the mailing on a pro rata basis. If the amount is less than $10,000, it will instead go to the Los Angeles Center for Law and Justice.