This is a settlement for the Meningitis Outbreak Class Action Lawsuit Filed in MN lawsuit.
December 24 2013 - by Lucy Campbell 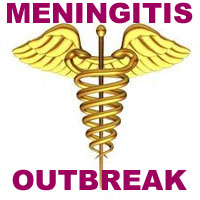 Atlanta, GA: A $100 million settlement has been agreed between the compounding pharmacy allegedly behind a massive fungal meningitis outbreak last year and victims and their families.
Paul Moore, a trustee of the now bankrupt New England Compounding Center, supported the preliminary settlement agreement. "We are pleased that a significant amount of funds will become available for distribution to victims and their families as compensation for the deaths, injuries and suffering they endured as a result of this tragic meningitis outbreak," Moore told CNN.com. If approved, the settlement will also be used to pay out the pharmacy' creditors.

The nationwide meningitis outbreak affected over 700 people, with 64 fatalities in 20 states, the Centers for Disease Control (CDC) reported, however, the CDC noted the deaths are from "all causes among persons who meet the case definition.

In a statement issued announcing the settlement, the pharmacy's owners said they deny any liability or wrongdoing, but want to play a major role in establishing a fund for those who died or suffered "as a result of this tragic outbreak."