This is a settlement for the Walgreens lawsuit.
March 30 2015 - by Lucy Campbell 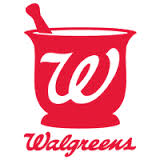 New York, NY: An $11 million settlement has tentatively been reached in a robocall class action lawsuit pending against the national drugstore chain Walgreen Co. The lawsuit alleges Walgreen is violating the Telephone Consumer Protection Act (TCPA) by placing robocalls to customers' cellphones with prerecorded prescription reminder messages.
According to the terms of the deal, Walgreen will pay the $11 million into a fund to be disbursed among eligible class members, in addition to paying trial and attorney costs. Putative class members can expect to receive around $20 each for their claims, according to the settlement motion.

Eligible class members include all customers who received a prerecorded prescription call from Walgreens to their cellphone. The class is expected to include more than 9 million people.

Additionally, Walgreens has agreed to improve its procedures for confirming that customers have consented to receive prerecorded prescription calls to their cellphones, and to make it easier for customers to opt out or in of the refill reminder program, according to the settlement.

Filed in 2013, the lawsuit claims that the plaintiff, Robert Kolinek', had given his cellphone number to Walgreen because he thought it would be used to verify his identity. He alleges began receiving the prerecorded calls on his cellphone in early 2012. Kolinek alleges that Walgreen had harvested the cellphone numbers from its customer database and had never gained their consent.

The suit is Kolinek v. Walgreen Co., case number 1:13-cv-04806, in the U.S. District Court for the Northern District of Illinois.

Posted by
Douglas Edwards
on April 6, 2019
Are the amounts received considered taxable? I never received any end-of-year 1099 type form.
Posted by
Richard Brea
on August 16, 2018
Just got my check for 3.87 it's dated for June 29 2018 void after July 30 2018 mailed to me
August 2 2018 nice job guys burn in hell
Posted by
Don M
on April 6, 2018
Just got my check today for $3.87. Did not expect to make a windfall but I see the bloodsucking vermin received over $2 million!!
Posted by
Laurel DeLong
on April 2, 2018
I received a check for a extravagant amount of $3.87. Thank is just too funny. Bank of America check, so is this one a fake? How come everyone else is getting $27.70, What a joke this whole ordeal is?
Posted by
Barb Bollig
on March 31, 2018
I got a check for 3 dollars and 87 cents . What a worthless amount of time to spend on what they probably spent on the trees it cost to mail out all the checks . Greed that's all greed. Oh and don't use my email to send or sell to third parties!
Posted by
Mike J. Murphy
on March 31, 2018
You guys were fortunate. I received my check today, March 31, 2018 for the astounding amount of $3.87! I guess the attorneys did all right. I don't know how the rest of you got $27.70; perhaps the money ran out when it came to sending some to me. These Civil Action suits are great for the attorneys but not so great for the rest of us. Peace.
Posted by
Marjorie Anderson
on October 24, 2016
I was called 3 to 4 times a day on my cell phone advising me that my prescription was ready. A prescription that I knew nothing about. This went on for about a year. Is this class action suit still going on?
Posted by
CAROLINA PEREZ
on October 18, 2016
I see that some have received their Walgreen's settlement checks May 2015, July 2015 I'm sorry to say I have not received mine and since I'm on a fixed income I sure can use it. I tried to get a hold of your frim to give them a change of address but no luck
Posted by
Meliss
on July 23, 2016
Filed a claim...never received the check!!
Posted by
DONNETTE VESSELIZA
on June 30, 2016
I RECIEVED A CHECK IN AMOUNT OF $27.70..IT CAME AS A POSTCARD CHECK.. ARE THIS PISTCARD FHECKS LEGAL. WHERE DO I SIGN MY NAME AT.. I DONT WANT TO GO TO JAIL FOR TRYING TO CASH THIS POSTCARD CHECK..I THOUGHT I WOULD HAVE SEEM A LITTLE MORE MONEY FOR ALL THE TIMES I HAD TO GO TO WALGREENS TO PICK UP MY SCRIPTS THAT NEVER WAS READY. I DONT HAVE A CAR I HAD TO USE MY BICYCLE TO GO IN ALL THE HEAT IN FLORIDA.
Posted by
Chris
on June 3, 2016
Has anyone had issues cashing check if so what issues and how was it reaolved. I got my check just never seen a check like this before. Just moved north and my bank is a southern bank so I can't exactly deposit it.
Posted by
Jennifer Morris
on May 17, 2016
I received my check in the mail and accidently shredded it. Is there a way I can get another check issued? Thank you .
Posted by
Jennifer Morris
on May 17, 2016
I received my check in the mail and accidently shredded it. Is there a way I can get another check issued? Thank you .
Posted by
yolanda mcclinton
on May 16, 2016
my check is here, which is in a post card could someone please tell me how i'm supposed to cash this that is set up like a post card. I cant even sign the back of the check and I need every penny that is owed to me
Posted by
Sandra zayed
on May 16, 2016
Filed a claim Never received a check
Posted by
lafelda jones
on May 12, 2016
received my check. contacted bmo harris bank and they told me the routing number is correct but the account number isn't. so how many have actually cashed the check without repercussions of any type; don't want to deposit a fraudulent check
Posted by
Sallie davis
on May 11, 2016
Am I going to get a check?
Posted by
Delree tillman
on May 11, 2016
I like to request a from for the settlement
I have already. Sent a from in the mail but i diden get the mony the chack i got was $27.70 € . and there was a mistake. On my address. They naver put my mill box number. Please contact.
Posted by
Connie Van Ginkel
on May 10, 2016
I received my check today. BUT I'm still getting the calls on a daily bases, and the funny thing is I have stopped dealing with Walgreens in December last year! This week alone Sun, Mon, & today I have proof of 4 calls so far. Now What?

If this is information needed for future legal action, feel free to email me.

Posted by
"V"
on May 10, 2016
FYI TO ALL POTENTIAL RECIPIENTS: I received a check in a white, plain post card type mass mailing, which didn't appear it could be opened. I almost threw it away, until I examined it further. I wonder how many people did that?

So lets do the math... 1st you have to take the roughly 33.3% off the top for legal fees, + expenses to our alleged "hero" Mr. Kollnek, Frivolous Attorney at Law. That leaves roughly $7.3 million for the "victims." Then take the roughly 7.3 million (11 million minus the 33.3%) and divide that by the $27.70 allegedly given out to each "victim." that only leaves about 267,000 (+-) people that can possibly collect a check that won't even pay for the increase in prices Walgreens will pass on to all of us for this suit... The reports say there's as many as "9 million victims." HUH???

99% of all local, state & federal lawmakers are lawyers & they protect their own to be sure! The system is rigged toward the lawyers, not the people, not property rights, not liberty, not freedom of movement, and certainly not justice. There are two clandestine evil/criminal organizations, operating under cover of law, and conspiring to erode our rights. They are out of control & ruining this country in my opinion; 1st are the Lawyers along with their lawmaker (also lawyer buddies) conspirators, and 2nd is the corrupt, feckless & bald face lying media. All of the media! And they've been doing it for decades.

Sadly though, at the end of the day, "we the people" are all to blame. We are mostly lazy, ignorant, educated by pop-culture and accept as truth everything we hear from pop-culture as pure truth. Disclaimer: There are some exceptions of course (you know who you are). We get the government we deserve, because evil is like water, it will always find the path of least resistance.. We have to do better folks...

Here's an idea... I cashed my settlement check and went to Goodwill, where they told me of a sweet elderly lady that has no family & comes there to sometimes socialize. I called and invited her to lunch with me... She was so interesting to listen to about history she witnessed in her lifetime. I enjoyed it so much, I will surly do it again... God bless you all! Just my .02 cents...