This is a settlement for the Adderall Price-Fixing Class Actions Filed lawsuit.
November 14 2016 - by Lucy Campbell 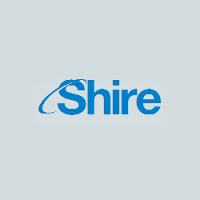 Santa Clara, CA: A $15 million settlement has been approved by a federal judge, ending an antitrust class action against Shire US Inc, that alleged the pharmaceutical company paid competitors to delay selling their less expensive generic versions of Adderall, which is used to treat attention deficit hyperactivity disorder (ADHD).
Under the terms of the settlement agreement, plaintiffs Monica Barba and Jonathan Reisman were each granted service awards of $5,000, and 10 named plaintiffs in three related cases were granted $2,500 awards.

According to court documents, some 23,452 claims requesting reimbursement for more than 855,000 Adderall prescriptions have been received by the claims administrator.

About $1 million is expected to be left over once all the claims are paid out, and will be donated to CHADD, a national nonprofit that promotes education and advocacy for people with ADHD.

Filed in 2013, the lawsuit was initially brought by consumers in Florida and Pennsylvania who alleged Shire created pay-for-delay settlements in bogus patent litigation against Teva Pharmaceuticals USA Inc. and Impax Laboratories Inc. to delay the generic competition for Adderall reaching the market.

Posted by
D Sarno
on January 17, 2018
I received my settlement check today. Thank You!
Posted by
TERESA DIXON
on January 16, 2018
I would be interested in knowing if those doctors where part of Atlantic Psychiatric Group and if their names were Dr. Yetter and Dr. Phocas. you are mentioning here

" recent case is that of a Virginia Beach couple who filed a $2 million medical malpractice lawsuit against two psychiatrists who prescribed Adderall to their son who allegedly was not suffering from the condition necessary for such a prescription, failed to instruct him in the dangers of the drug and failed to monitor him leading to his subsequent addiction and later suicide."

..they are who prescribe my Adderall 60mg and Xanax 6mg per day...I also attempted suicide and had been misdiagnosed
these are some of my symptoms to a be exact

I had 3 hospitalizations in 1 year and I am now on disability.

Posted by
Joan Perry
on August 15, 2017
BAD DRUG MY BOYS TOOK THIS FOR YEARS WOULD LIKE TO BE ADDED TO THE LAW SUIT
Posted by
rick edgar
on August 7, 2017
I have taken Adderall for over the last 4 year, do I qualify for the suit?
thank you
Posted by
Andy Dun
on May 29, 2017
I am not able to get my Adderall XR four months out of the year because it is so expensive. I'm on disability/Medicare and each Jan - Apr I'm in the Medicare coverage gap in which you pay for most of your prescription costs.
Posted by
Charles Atwell
on March 20, 2017
HAve taken admiral for many years very Expensive and some time can't get prescribed for narcolepsy
Posted by
Stacy Dockstader
on March 11, 2017
I was tot by multiple pharmacies that they could not get the medication anyone as they stopped making it. I the went to the base and they said the same thing
Public and walmart in my area are both doing this. It is keeping me from getting medication on time
Posted by
Lisa
on February 1, 2017
Does anyone know when they are going to start sending out the payments?
Posted by
Neoki Gaiter
on January 3, 2017
My son used to take adderall.
Posted by
Janet ray
on December 18, 2016
I have been paying 50.00 for a prescription of
Adderal since first of 2016. It is not my insurance I called them and it was not covered . They said it is the pharmaceutical company. The drug has gone up 200 percent since first of year.

Now they are sending different kinds and colors for the new generics which should be cheaper but they are not. I am a nurse and I know how inexpensive they are to produce! I have been told they are not available for sometimes two weeks it is all about greed. I would stop the mess but I

need it to function with my add. The ones they supplement for the regular adderal do not work and they cause my a-fib to start in--- I called the pharmaceutical co 3x and never received a response - another windfall for the 1 percent forget the middle class---I would like to submit my name to the class action. - please advise


Posted by
Amanda Gael
on December 3, 2016
There was a time I could not get any Adderall because the FDA allegedly made it so the Walmart in Auburn IN Pharmacy and many other pharmacys were out of it until an unspecified amount of time. I took it for narcolepsy. I wrecked several times and needed it to live without risk to myself or others.
Posted by
KC Tuckness
on November 20, 2016
Please contact me regarding the settlement for Adderall.