This is a settlement for the Google Facing Wire Tap Class Action over Cookies on Apple Devices lawsuit.
November 20 2013 - by Lucy Campbell 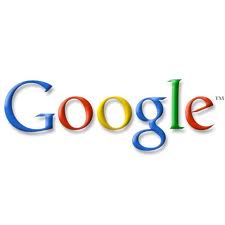 Palo Alto, CA: A $17 million settlement has reportedly been reached in a Internet privacy class action lawsuit pending against Google Inc. The lawsuit concerns allegations that Google and another three online companies circumvented default privacy settings on Apple' Safari web browser, for the purposes of placing tracking cookies without consumers' knowledge. "Consumers should be able to know whether there are other eyes surfing the web with them,"New York Attorney General Eric Schneiderman said.
As part of the agreement Google has not admitted to any wrongdoing and stressed that they had "taken steps to remove the ad cookies, which collected no personal information from Apple' browsers."Other terms of the settlement reportedly stipulate that Google honor default privacy settings on web browsers. Google will also "provide a separate stand-alone page or pages on the Google.com domain designed to give information to users about Cookies (the "Cookie Page)."

"Google shall maintain systems configured to instruct Safari brand web browsers to expire any Cookie placed from the doubleclick.net domain by Google through Feb. 15, 2012 if those systems encounter such a Cookie, with the exception of the DoubleClick opt-out Cookie. Such systems shall remain in place until Feb. 15, 2014, at which time all Cookies placed from the doubleclick.net domain by Google on Safari brand web Browsers through Feb. 15, 2012 should have expired by design,"the settlement states.