This is a settlement for the Yum Brands Inc. lawsuit.
September 4 2013 - by Lucy Campbell 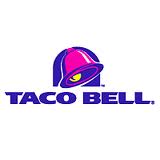 Los Angeles, CA: A $2.5 million settlement has been awarded to Taco Bell employees who filed an unpaid overtime class action lawsuit against the fast food chain. The lawsuit alleged the company inaccurately categorized assistant general managers as supervisors in order to deny them overtime pay. Taco Bell claimed that the assistant managers were exempt from overtime under https://www.lawyersandsettlements.com/lawsuit/california_labor_law.html Fair Labor Standards Act (FLSA).
The unpaid overtime class action, entitled The case is Whittington v. Taco Bell of America Inc., et al., Case No. 1:10-cv-01884, in the U.S. District Court for the District of Colorado, was filed by lead plaintiff Jacquelyn Ann Whittington on behalf of other Taco Bell employees that worked as assistant managers. The lawsuit alleges that Whittington, who was employed at Taco Bell from October 2008, in addition to her assistant manager' responsibilities, had to do related duties of lower-level employees including bussing tables, cleaning, checking inventory and supplies, manning cash registers and cooking. Additionally, Taco Bell failed to keep accurate records stating employees' names and other relevant information including weekly earnings and shift assignments.

Posted by
Alexander Cory Green
on July 4, 2018
i was working there from the middle of 2016 till may 12 2017..after I got fired I was informed that Sundance taco bell off Pontiac trail in South Lyon was part of the company taking overtime from their employees I would like to know if there anything I can do to get my overtime pay back
Posted by
Chris
on October 22, 2017
Yes I was a part of class action law suit and I will call the attorney that handled this case and luckily I have all the documents I receive before, it's been a while and now is the time I can get the compensation payment I deserve.
Posted by
Marcus Rodriguez
on October 21, 2017
I just moved from Alaska to California and my boss told me they would mail out my last check to me and I still have not received it I've gone out of my way to call them back a few times the only answer they gave me was it will be there soon worked over 11 hours and still have not been paid
Posted by
Jessica A Sandoval
on August 29, 2017
I work at taco Bell for a year and had the same problem. Was closing manager and had to clock out at my 8th hour even if I wasn't done cleaning. I would finish cleaning with out pay and if we didn't clock out we would get written up.
Posted by
chris pease
on February 21, 2017
also needing update on class action suit against Taco Bell. I was emp[oyed with them a few years back. 2006-2008
Posted by
claudia morris
on September 29, 2016
same problem here
Posted by
Cheng Saechao
on August 10, 2016
I was apart of the lawsuit class action plaintiff and I didn't receive my compensation.
Posted by
Tammy Wilson
on February 14, 2016
I was a manager with a Taco Bell for years and had the same problems getting paid. No only me but my other managers as well.