This is a settlement for the Google lawsuit.
April 18 2017 - by Lucy Campbell 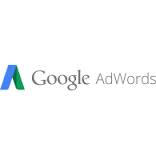 Santa Clara, CA: A $22.5 million proposed settlement has been reached, potentially ending a consumer fraud class action lawsuit between Google and a proposed class of AdWords advertisers.
The plaintiffs claim Google failed to disclose that it placed AdWords customers’ ads on websites known as parked domains and error pages. Google did this from July 11 2004 to March 31, 2008, the suit states. Parked domains are websites with little or no content, and error pages are websites that users visit when they enter an unregistered address into their web browser, the settlement site states.

The proposed settlement was granted preliminary approval on March 9, 2017. If granted final approval, Google will pay $22.5 million into a settlement fund, which will be used to pay class members who submit valid claims, proportionate to the amount each class member spent on ads displayed on parked domains and error pages during the class period.

If you were a United States resident who had a Google AdWords account and were charged for clicks on advertisements appearing on parked domains or error pages, during the period from July 11, 2004 through March 31, 2008, you are a class member and may be entitled to a settlement payment.

To receive payment, you must submit a claim form no later than June 21, 2017.
Fill Out A Claim Form
Click here to visit the Claims Administrator website for $22.5M Google AdWords Class Action Settlement Reached
Submit a New Complaint
Been wronged by a similar product or service?
Click here to send us your complaint.

Posted by
Randy W Fraley
on April 24, 2017
This is unfortunately a bad event, but I am glad to see Justice done. Thank You