This is a settlement for the Celgene Faces Class Action Lawsuit Over Cancer Drug Monopoly lawsuit.
July 25 2017 - by Lucy Campbell 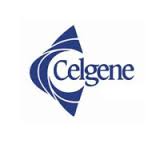 Santa Clara, CA: Celgene has agreed to pay $280 million to settle allegations made by a California Whistleblower under the False Claims Act that the biotech company promoted off-label uses for two of its cancer drugs.
The lawsuit, brought by a former sales rep for Celgene, Beverly Brown, alleged the company promoted two bone cancer drugs, Thalomid and Revlimid, for other cancers they weren’t approved to treat. As part of the promotion, Celgene paid kickbacks to physicians to promote the drugs’ off-label use. The lawsuit also alleged these actions were in violation of laws in no less than 28 states and the District of Columbia, in addition to False Claims Act.

Under the terms of the agreement, the United States will receive the majority of the settlement, $259.3 million, with $20.7 going to 28 states and the District of Columbia. California, where the suit was filed, will receive $4.7 million, the largest amount of any state.

According to documents from the case, which was initially filed in 2010, and Celgene had a massive off-label promotion scheme in place for Thalomid and Revlimid. The documents, which were unsealed in 2014, further reveal that Brown alleged that the two drugs were only narrowly approved to treat multiple myeloma, a form of cancer that affects the bone marrow, however they were routinely marketed to treat other forms of cancer, including breast cancer and leukemia.

According to Brown, the off-label use of these drugs was paid for through government programs which, she contended, Celgene marketed by paying doctors speaker fees and other charitable donations in exchange for promoting Thalomid and Revlimid.

The case is United States of America et al. v. Celgene Corporation, case number 2:10-cv-03165 in the U.S. District Court for the Central District of California.