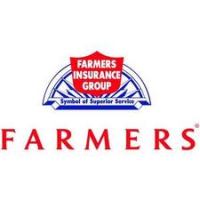 Santa Clara, CA: A $4.9 million settlement has been reached in an unpaid wages and overtime class action pending against Farmers Insurance Exchange.
The lawsuit was filed by Farmer’s adjusters in February 2014, who claimed that their work volume, deadlines and competitive rankings meant they frequently worked overtime without meal and rest breaks. It also claimed that up to 2015, Farmers had no stated break policy. Farmers’ practices violated state and federal overtime statutes, as well as California meal and rest breaks and unfair competition laws.

Under the terms of the settlement, the funds will be divided among the 2,114 plaintiffs, less 25 percent to cover legal fees.

The class is made up of claims representatives specializing in liability, automotive damage and residential property who worked in California between September 2011 and August 2016. On average, I is estimated that each plaintiff will receive $2,000, and members who worked throughout the class period could see more than $7,000.

Posted by
SHAUN CASTANEDA
on April 24, 2017
Has anyone received a check yet??
Posted by
Andree Hnatiuk
on April 6, 2017
It's too bad that the adjusters in Michigan cannot reap the benefits of a lawsuit for unfairly making us work so much overtime...
Posted by
Tabitha Alonso
on March 20, 2017
Checks were issued 3/17/17!!
Posted by
carolyn Roland
on September 25, 2016
How can I check the status of my case for farmers market