This is a settlement for the Class Action filed Against Portfolio Recovery Associates lawsuit.
October 6 2014 - by Lucy Campbell 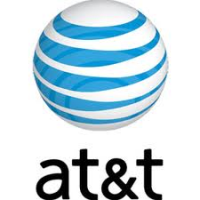 Los Angeles, CA: A $45 million settlement has been reached in a Telephone Consumer Protection Act (TCPA) class action pending against AT&T. The lawsuit, led by plaintiff Joel Hagerman alleges the company violated the TCPA by placing calls using an automatic telephone dialing system and/or an artificial or prerecorded voice message to cellular telephone numbers without the prior express consent of the call recipients.
Hagerman brought the suit in April 2013, (U.S. District Court for the District of Montana case number: 1:13-cv-00050). According to the terms of the settlement, the size of the per-call payment shall be determined on a pro rata basis of up to $500 per call, after the attorneys fees and costs, any incentive award to named plaintiff and any settlement administration costs are deducted from the settlement fund and the settlement administrator reviews all claim forms to determine a final number of claimants.

Specifically, the settlement states: "A class member shall receive payment for each call he or she received from [AT&T] or from an OCA acting on behalf of [AT&T] during the class period by submitting a short claim form."