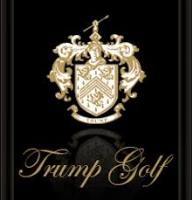 Miami, FL: A $5.45 million settlement has been reached potentially ending an unfair business practices class action lawsuit pending against The Trump National Golf Club in Florida.
The lawsuit claimed that a regulation imposed by Donald Trump before he became president cheated members out of fees.

Filed on behalf of 65 former members of the Trump National Golf Club, they claimed that Trump changed the membership rules of the club in Jupiter when the Trump Organization purchased the former Ritz-Carlton Golf Club & Spa in 2012. The club had allowed members who wanted to leave to continue to play golf (and pay dues) until replacement members were found. Their membership deposits were refunded once replacements stepped into the spots.

However, after Trump took over, club members who had wanted to leave either had to convert their memberships to discounted, non-refundable deposits to continue club access, or stop using the club altogether while replacements were found, a process which could take years, during which time members’ fees were not refunded.

US District Judge Kenneth Marra ordered the golf club to refund all the membership fees with interest, which amounted to $5.77 million. The former members later agreed to the lower amount to avoid the threat of a lengthy appeal.

According to the Huffington Post, Donald Trump has been sued more than 4,000 times.

Posted by
Thomas cobbs
on February 26, 2018
Treated unfairly cuz of my race