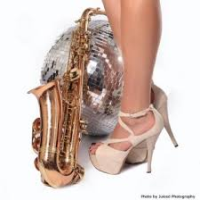 Santa Clara, CA: A $6.M million settlement has been reached in an employment class action lawsuit filed by dancers at the gentleman’s club chain Deja Vu Consulting Inc. In the more than one dozen complaints, the dancers alleged they were misclassified as independent contractors. The settlement covers between 45,000 and 50,000 dancers at 64 clubs nationwide.
According to the terms of the settlement, the funds will be divided into two pools. The first pool, consisting of $2 million, includes $30,000 in rewards for two proposed class representatives, up to $50,000 in settlement notice and administration costs, and about $935,000 for dancers who opt for cash payments.

The second pool, consisting of $4.5 million, will be divided into credits toward dancers' rent for stage time or other fees dancers pay the club for the right to perform, depending on the structure of an individual club’s operation. The credit amounts will range from $200 for workers who performed at a club for at least one month to a maximum of $2000 for dancers who performed for 18 months or longer.

Further, in the hopes of resolving misclassification claims going forward, the settlement also includes injunctive relief in the form of a new process for evaluating employment status. This process involves an evaluation period, after which dancers at the clubs covered in the settlement, will meet with management and answer an economic realities test-based questionnaire designed to determine whether or not a dancer is better classified as an employee or an independent contractor. Those classified as employees will be paid a minimum wage and take home their tips, less the legal costs of their employment and other fees. By contrast, independent contractors will have more freedom to set their hours and pick their costumes.

If the settlement receives final approval, it will cover all former and current dancers who worked at 64 Deja Vu-affiliated clubs across the country, over three class periods that vary depending on the clubs’ geographic location and whether the class members are involved in other suits against Deja Vu.

If you have a similar problem and would like to be contacted by a lawyer at no cost or obligation, please fill in our form on the right.
Stay Informed
Get the latest on class action lawsuits, settlements & more! Subscribe to our free weekly newsletter.
Get our Newsletter!
Submit a New Complaint
Been wronged by a similar product or service?
Click here to send us your complaint.
RELATED NEWS

Posted by
Mariah
on May 18, 2017
If they hire you but then tell you that you are not allowed on stage, do you then become an employee? A house fee is the right to utilize all facilities so if they say your look is no longer suitable for stage, then will thier be a seperate contract or will they now have to terminate your contract?
Posted by
Anna
on May 10, 2017
Hi I worked in the bayarea for 6 years and I gave not gotten a letter how do they decided who gets one and who does'nt?
Posted by
Admin
on April 5, 2017
Hi Morgan, You can try contacting the law firms that represented the plaintiffs for this case, which were Pitt McGehee and Sommers Schwartz.
Posted by
Morgan S
on April 4, 2017
Hi,

I worked at a DeJa VU in North Hollywood and have not recieved a letter in the mail on how to get credit for this class action suit. I was there for about 5 months. Could you please advise me on what I need to do?