This is a settlement for the LifeLock lawsuit.
September 20 2016 - by Lucy Campbell 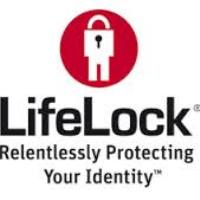 Santa Clara, CA: Final approval has been granted to the $68 million settlement of a consumer fraud class action lawsuit pending against LifeLock Inc. The lawsuit alleged that LifeLock made false statements about its services and failed to follow through on promised that it would alert consumers of potential identify theft immediately.
U.S. District Judge Haywood Gilliam Jr. also approved attorneys' fees of $10.2 million and a payment of $2,000 to each of four class representatives. Distribution of the remaining funds works out to $20 per class member, with members of a subclass receiving funds on a pro rata distribution of a cordoned off subclass fund. The class starts from September 2010 and the subclass period begins in January 2012.

In July, 2015 the FTC accused LifeLock of “failing to establish and maintain a comprehensive information security program to protect its users’ sensitive personal data, including credit card, social security, and bank account numbers [and of] falsely advertising that it protected consumers’ sensitive data with the same high-level safeguards as financial institutions.”

The case is Ebarle et al. v. LifeLock Inc., case number 3:15-cv-00258, in the U.S. District Court for the Northern District of California.

Posted by
Elena Christina Loza from Ogden Utah
on October 21, 2017
I need to get ahold of someone about the LifeLock lawsuit 68 million..with Ebarle vs LifeLock..I need to get the rest of my claim money..I only received 20$ last October 2016.. please comply asap 5037916716 is my number. I am currently residing in Astoria Orgeon with my sister Rita Valdez