This is a settlement for the Anthem Blue Cross lawsuit.
October 28 2015 - by Lucy Campbell 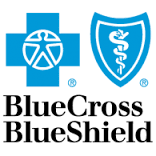 Santa Clara, CA: An $8.3 million settlement has been reached in a bad faith insurance class action lawsuit against Anthem Blue Cross. About 50,000 California customers could be affected by the settlement.
The settlement will resolve two lawsuits that were filed by Anthem policy holders in 2011, alleging the state's largest for-profit health insurer increased annual deductibles and other yearly out-of-pocket costs on individual policies in the middle of the year, which was a breach of contract and represented unfair business practices. The lawsuit states that, in the case of plaintiff Dave Jacobson, the rate hikes amounted to a yearly out-of-pocket maximum increase from $5,000 to $5,850. His annual prescription drug deductible increased to $275 from $250.

According to the terms of the settlement, Anthem Blue Cross will mail notices to affected customers and to post information about the agreement on a public website. Only consumers affected by the midyear policy changes will receive settlement checks, but all Californians enrolled in individual Anthem health plans will be subject to the agreement that prevents such cost increases in the future.

Checks will be mailed in December to 50,000 consumers. The average amount will be $167. The four named plaintiffs in the court case will receive an additional $10,000, subject to court approval.