This is a settlement for the Duke Energy Corp. lawsuit.
October 22 2015 - by Lucy Campbell 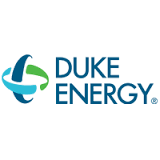 Santa Clara, CA: A preliminary $80.9 million settlement has been reached in an antitrust class action lawsuit pending against Duke Energy Corp. Filed on Ohio federal court, the lawsuit claimed Duke gave corporate customers a competitive advantage via illegal rebates in exchange for their support of a rate stabilization plan the company was trying to pass through the Public Utilities Commission of Ohio.
According to information issued by Duke, the terms of the settlement provide for residential and non-residential customers, from January 2005 to December 2008, to share in $25 million, while $8 million will be used to fund energy-related programs to benefit Duke Energy Ohio customers. The remaining $23 million is pay legal fees and other expenses.

If approved, the settlement would end 8 years of litigation. The suit was brought by Duke Energy residential customer Anthony Williams, non-residential customer BGR Inc. and others accusing the company of using various unlawful scheme to funnel tens of millions of dollars in rebates to its largest corporate customers.

Posted by
Gloria curry
on April 11, 2016
I also live in n,c,just checking to see if I may qualify,
Posted by
Will Miller
on December 10, 2015
I lived in NC do I qualify?
Posted by
Randy Freking
on October 29, 2015
The amount to be distributed to residential and non-residential customers is $50 million, not $25 million, and the remaining $23 million is for compensation to Board members for the $8 million fund for energy efficiency programs, which may be increased depending on the amount of fees awarded counsel by the Court, and for administration costs of the settlement.