$9.3B Foreclosure Settlement Reached By 13 Banks

This is a settlement for the Class Action Filed Against Banks in Foreclosure Proceedings lawsuit.
March 4 2013 - by Lucy Campbell 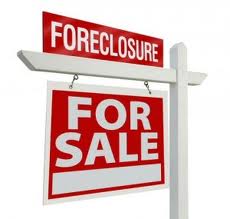 The banks were accused of improperly foreclosing on mortgages in 2009 and 2010 through practices including wrongful denial of modifications, flawed mortgage servicing and processing practices, improper fees, and robo-signing – a practice that has received wide-spread media attention in the past 24 months. Robo-signing involves the rapid approval and submission of foreclosure documents by the banks and third party agents, to the courts without proper review of those documents.

According to a joint statement issued by the Federal Reserve and the OCC, borrowers covered by the amendments include 4.2 million people whose homes were in any stage of the foreclosure process in 2009 or 2010 and whose mortgages were serviced by one of the companies listed above. These borrowers are expected to be contacted by the Paying Agent--Rust Consulting, Inc.--by the end of March 2013 with payment details. The Paying Agent will send payments and correspondence.

Borrowers covered by the amendments are expected to receive compensation ranging from hundreds of dollars up to $125,000. Borrowers are not required to take any additional steps to receive the payments. In addition, borrowers will not be required to execute a waiver of any legal claims they may have against their servicer as a condition for receiving payment.

The agencies state that borrowers can call the Paying Agent at 1-888-952-9105 to update their contact information or to verify that they are covered by the amendments. Borrowers seeking assistance should work directly with their servicer or a counselor approved by the U.S. Department of Housing and Urban Development (HUD). Borrowers can reach HUD-approved counselors by calling 888-995-HOPE (4673).

If you have a similar problem and would like to be contacted by a lawyer at no cost or obligation, please click the link below.
Stay Informed
Get the latest on class action lawsuits, settlements & more! Subscribe to our free weekly newsletter.
Get our Newsletter!
Submit a New Complaint
Been wronged by a similar product or service?
Click here to send us your complaint.

Posted by
Jennifer Gomaa
on October 24, 2016
For 2 years had us waiting for a mod lost papers they clam WAS NOT TRUE i still have all the 1000s of papers that where send then told us we can appeal the caes because it was to long had to file Bankruptcy and they still are trying to take our home now we have legal fees that are added on i been trying to go after them sence 2009
Posted by
joann loffler
on April 25, 2016
This is a insult to the crimes committed by each of these banks. The Attorney Generals have all the settlements intended to compensate victims for wrong doing by the banks. Rather than help homeowners stay in their homes, they Dibble the money up to HOPE, HOPP, counseling agencies who claim to be helping homeowners. Here in 2016, since the settlement actions, homeowners are still struggling with corruption from the banks, confusion and no justice in courtrooms, leaving homeowners under water in their homes, without legal services, and the injuries continue to add up,damaging communities, neighborhoods and displacing families who lost homes in the foreclosure tactics that could be avoided if everyone would just get it right. The homeowners did not do this. The greed and dishonest tactics used in securities, sold off by the banks, Freddie Mac and Fannie Mae did this. How many homeowners will ever buy another property through the banking system? How many will ever trust the gov, banks, or system again? It's all about the money. How many did get help from these agencies including the biggest tax paid of them all known as HUD? Just take a good look around. Foreclosures still happening the same old way and people still not getting paid,no help, nithing. So where did all that money go and who is getting help from it? Ask your Attorney General and then say, prove it!
Posted by
Nevada
on March 10, 2013
Hi, It is really nice to see that the banks have finally gotten caught with their dealings! What about the private banks? No one could help me and so I lost my condo to a short sale! I had predatory lending! What is the statue of limitations on going after Bank United with fraud? Please get back to me.