This is a settlement for the Domino's Pizza Inc. lawsuit.
June 12 2013 - by Lucy Campbell 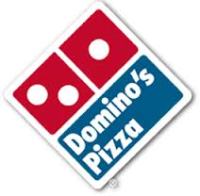 New Orleans, LA: Final approval has been granted for the $9.75 million Domino' Pizza spam text messaging class action settlement. The settlement requires Domino' to pay the settlement out to customers in Louisiana, Alabama and Mississippi who received robo calls to their cell phones.
The lawsuit, entitled Spillman v. Domino's Pizza LLC and RPM Pizza LLC, Case No. 10-349, U.S. District Court, Middle District of Louisiana claims that the robo calls made by Domino' Pizza were in violation of the Telephone Consumer Protection Act (TCPA) because the phone calls were unsolicited, pre-recorded advertising calls.

Eligible class members of the Domino' Pizza TCPA class action lawsuit include anyone who received a robo-call on their cell phone by or on behalf of RPM advertising Domino' pizza or other food products offered for sale at RPM' stores to consumers in Louisiana, Alabama and Mississippi. The dealine for filing a claims is May 4, 2013.