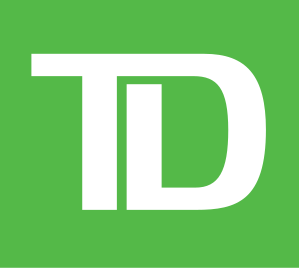 Dublin, OH: UPDATE: A settlement has been reached in TD Bank Penny Arcade class action lawsuits challenging the accuracy of Penny Arcade coin-counting machines at TD Bank, N.A. ("TD Bank") stores. TD Bank denies any liability or wrongdoing, and the Court has not decided which side is right. However, to settle the case and avoid the costs and risks of litigation, TD Bank has agreed to a settlement.
Consumers who used a Penny Arcade machine at a TD Bank store between April 11, 2010 and July 12, 2017, may be entitled to a cash payment from the class action settlement.

An investigative report in 2016, on NBC’s Today Show, revealed incorrect results when $300 in coins was placed in five randomly selected machines. That report was part of the disclosure used in the lawsuit.

TD stopped using the machines in the wake of the NBC report and pulled them from its branches in May 2016.

Reportedly, TD Bank would calculate the amount each TD Bank customer would receive by using its records to determine the amount of Penny Arcade usage by those consumers. TD would multiply that sum by 0.26 percent to determine a customer's distribution, or payment.

If you conducted a Penny Arcade transaction during the Class Period at a time when you did not hold a TD Bank Account, you must submit a Claim Form by October 27, 2017 to be eligible to receive a Settlement Payment based on such transaction(s).

If you conducted a Penny Arcade transaction during the Class Period at a time when you held a TD Bank checking, savings, personal loan, or business loan account ("Account"), you do not have to do anything to receive any Settlement Payment to which you are entitled.

If you have a similar problem and would like to be contacted by a lawyer at no cost or obligation, please fill in our form on the right.
Fill Out A Claim Form
Click here to visit the Claims Administrator website for $9M Settlement Preliminarily Approved in TD Coin Machine Class Action Lawsuit
Submit a New Complaint
Been wronged by a similar product or service?
Click here to send us your complaint.

Posted by
Bonnie khanthamany
on October 26, 2018
I was short-changed a lot of money
Posted by
laura Fraley
on November 18, 2017
I have lost around 1,500, because of this!
Posted by
Gary M Goldsmith
on July 23, 2017
I had an account with Td bank and used the coin counter numerous times always thought I was short changed until I dropped 100$ in and was credited for 92$ that's when I stopped using their coin counters, and finally closed my account when my wife passed away 2 days after receiving her ss check direct deposit, 5 checks were written to pay bills when social security reclaimed her check as its not paid the month of death well TD charged a $30 fee for each check and after explaining what happened I was told sorry nothing they could do , how do I get on this suit
Posted by
Brian Curbow
on July 18, 2017
My wife and I had a joint account with TD Bank over four years ago, and we often used the penny arcade coin counters to deposit our loose change during this time.
How do we go about joining this suit?