This is a settlement for the Costco Faces California Unpaid Overtime Class Action Lawsuit lawsuit.
June 21 2017 - by Lucy Campbell 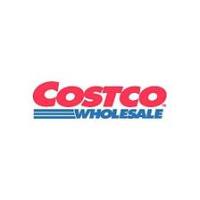 Santa Clara, CA: A $9 million settlement has been reached in an employment class action lawsuit filed against Costco Wholesale Corp., by San Diego-area pharmacists who allege they were forced to remain on call in the pharmacy during their breaks and pressured to work unpaid overtime.
The lawsuit, filed in April 2014, alleged the pharmacists who worked shifts alone were required to stay on-call during their breaks so they could respond in the event they were needed to complete tasks that legally only a pharmacist is permitted to handle. Pharmacists were also expected to answer emails and text messages while off the clock. Additionally, the pharmacists claim that Costco discouraged them from working overtime.

According to the terms of the proposed settlement, Costco will pay nearly $5,000 to each of approximately 1,175 pharmacists and pharmacist managers with Costco tenure dating back to April 2010. These payments are compensation for alleged violations of California labor law.

According to the settlement motion, the relief averages more than $4,900 per class member.