This is a settlement for the Bayer Corporation et.al. lawsuit.
February 2 2015 - by Lucy Campbell 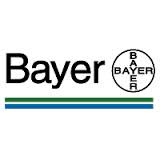 Los Angeles, CA: A potential settlement has been reached in a discrimination class action lawsuit facing Bayer Corp. Brought by former and current employees, the $100 million lawsuit alleges Bayer Corp. and four other Bayer HealthCare entities engaged in systematic discrimination against female employees.
The deal, if approved, could end the three year legal battle. The plaintiffs have agreed to dismiss the suit with prejudice in a short stipulation filed in New Jersey federal court on Friday, though the terms of the deal were not disclosed.