This is a settlement for the Microsoft and Best Buy lawsuit.
June 19 2014 - by Lucy Campbell 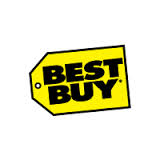 Seattle, WA: Plaintiffs in a Telephone Consumer Protection Act TCPA class action lawsuit against Best Buy have finalized a $4.55 million settlement deal. The lawsuit, with a Washington state class of 439,000 members, and a national class of 42,000 members, was initially filed in April 2010 by Michael Chesbro who alleged Best Buy automatically signed customers up for its Rewards Zone program without their knowledge when they purchased electronics under a payment plan. Best Buy then made unsolicited phone calls to those consumers with information about that program.
According to the terms of the settlement, filed June 9 in the U.S. District Court for the Western District of Washington, class members will receive their pro rata share from the settlement fund, once court-awarded fees, litigation and administrative costs and the class representative incentive award have been deducted. This will leave an estimated $3.2 million for distribution among class members, equally between $50 and $100 per call.

Michael Chesbro is to receive a $5,000 service award for services he has rendered to the classes by stepping forward to bring this case, according to the settlement papers.

The case is U.S. District Court for the Western District of Washington case number: 2:10-cv-00774