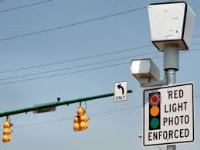 Santa Clara, CA: Chicago Mayor Rahm Emanuel and his administration have agreed to pay $38.75 million to settle an unfair business practices class-action lawsuit alleging the city failed to provide motorists with adequate notice regarding red light camera and speed camera operations within Chicago.
The windy city’s red light camera system consists of over than 350 cameras and has raised more than $500 million in $100 tickets since 2002.

According to the terms of the settlement, more than 1.2 million people could be eligible to receive payment for half of the costs of their tickets. Attorney Jacie Zolna said those who qualify will receive letters in the mail in upcoming months notifying them they were part of the suit, the Chicago Tribune reports.

The lawsuit was brought by Zolna in 2015, claiming the city violated its own rules by failing to send a second notice of a violation before guilt was determined, and by doubling the fine for late payment of tickets sooner than allowed.

Several lawsuits were brought and the attention they received unearthed a massive scandal and corruption in Chicago’s city hall. A Chicago Tribune investigation exposed a $2 million City Hall bribery scheme that brought the traffic cameras to Chicago as well as tens of thousands of tickets that were unfairly issued to drivers.

Posted by
Felix A Baker
on September 22, 2017
I got a letter in the mail regarding a red light ticket from Chi ,Ill ,i was not in Chi at the time .was living in Detroit ,Michigan
Posted by
Sam
on July 31, 2017
Check out the one in Miami, it's like a strobe light at night.