This is a settlement for the DaimlerChrysler et al. lawsuit.
August 27 2014 - by Lucy Campbell 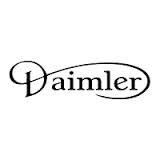 Los Angeles, CA: A settlement has been reached in a employment class action lawsuit pending against Daimler Trucks North America LLC which alleges the truck manufacturer illegally cut workers' benefits. Filed by a group of retirees and the United Auto Workers, the lawsuit claims Daimler told the UAW that it would cut medical benefits starting on January 1, because the medical benefits it agreed on were not vested.
Plaintiffs Alan J. Meyers, Rocco H. Colanero, Allen Penley and Eddie Warren Bridges, along with the International Union of United Automobile, Aerospace and Agricultural Implement Workers of America, filed the lawsuit in May on behalf of a class of former employees who were represented by the union in collective bargaining and who currently are receiving retiree medical benefits from Daimler Trucks, together with their covered and surviving spouses, according to the complaint.

According to the settlement agreement, Daimler will contribute $480 million to a new employee benefit plan. According to court documents, the company, union and lead plaintiffs said the settlement would cover 1,100 proposed class members, and that the agreement is consistent with a recently ratified memorandum of understanding related to the retiree benefits owed to the active and recently retired UAW-represented employees.

Posted by
Alvin Tench
on July 16, 2017
I have been a Freightiner/Diamler trucks employee sine 1979. Do I qualify gor benifits from your lawsuit against Diamler trucks NA. I am a current employee on long term disabity
Alvin