This is a settlement for the Electronic Arts Class-Action Certified lawsuit.
October 15 2012 - by Lucy Campbell 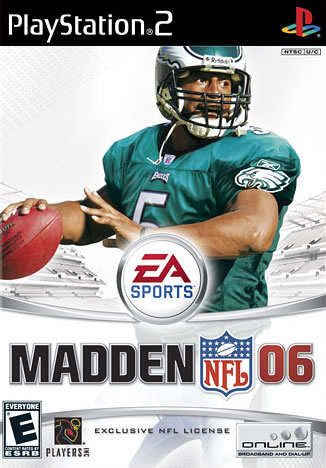 Los Angeles, CA: A proposed $27 million settlement has been reached in an antitrust class action lawsuit pending against Electronic Arts. The settlement, if approved, will apply to anyone who purchased a new copy of an EA Madden NFL, NCAA Football or Arena Football video game between 2005 and 2012 and is an eligible class member.
The Electronic Arts video game lawsuit was filed in 2008 entitled Pecover v. Electronic Arts, Inc., and alleged that EA violated antitrust and consumer protection lawsuits by holding exclusive license agreements with the NFL, NCAA and AFL to market branded football software. The lawsuit further alleged that the arrangement shut out competitors, enabling EA to charge 70 percent more for "Madden NFL."

Class Members of the EA football game class action settlement include all U.S. consumers who bought a new copy of an Electronic Arts' Madden NFL, NCAA Football, or Arena Football video game for Xbox, Xbox 360, PlayStation 2, PlayStation 3, GameCube, PC, or Wii, with a release date of January 1, 2005 to June 21, 2012.

If approved by the court at the February 7, 2013 Final Fairness Hearing, Settlement Class Members who submit timely and valid claim forms will receive the following CASH benefits:

Valid claims for the purchase of Madden NFL, NCAA Football, or Arena Football videogames for the Xbox, PlayStation 2, PC, or GameCube platforms ("ixth Generation Purchasers") will be valued at $6.79 per new game purchased, up to a total of eight units ($54.32).

Valid claims for the purchase of Madden NFL, NCAA Football, or Arena Football videogames for the Xbox 360, PlayStation 3, or Wii platforms ("eventh Generation Purchasers") will be valued at $1.95 per new game purchased, up to a total of eight units ($15.60).

The only way to receive cash benefits from the EA antitrust settlement is to submit a Claim Form either online at EASportsLitigation.com or postmarked no later than March 5, 2013.