This is a settlement for the FedEx Corp., SD lawsuit.
August 13 2014 - by Lucy Campbell 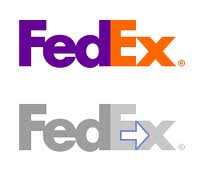 Los Angeles, CA: A $2.1 million settlement has been reached in an California labor law class action lawsuit brought against a unit of FedEx Corp. Filed by a group of current and former package handlers, the lawsuit alleged the company failed to provide proper meal and rest breaks.
Lead plaintiff Aaron Rangel alleged in the class action filed in September 2013, that FedEx Ground Package System Inc., was in violation of the California Labor Code and the state's Unfair Competition Law.

As part of the settlement motion, about $7,500 will be set aside as an award for Rangel. Additionally, FedEx will be required to clarify its meal and rest period policies, which the agreement says could itself be worth $100,000.

Rangel, a former FedEx employee, said FedEx was required, but failed to provide, class members who worked two shifts in a workday a meal period, as well as a second rest period. He also said FedEx failed to provide pay employees for time spent in security checks.

If approved, the settlement will provisionally certify a class of current and former nonexempt FedEx package handlers in California who worked for the shipping company at any time from Sept. 24, 2009, through either Sept. 1, 2014, or the date of preliminary settlement approval, whichever is earlier.

The settlement agreement weighs a worker' share based on whether he or she was a part-time or full-time employee, with more money going toward those who were full-time or who worked more than one four-hour shift in a workday. It also gives more money to former employees who were entitled to waiting time compensation.

If there is any unclaimed money, it will not revert back to FedEx, but instead be allocated toward those who did claim a share of the settlement fund, according to the terms of the agreement.