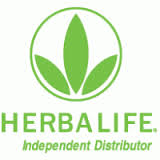 Washington, DC: Herbalife International of America, Inc., Herbalife International, Inc., and Herbalife, Ltd. have agreed to fully restructure their US business operations and pay $200 million to compensate consumers to settle Federal Trade Commission (FTC) consumer fraud charges that the companies deceived consumers into believing they could earn substantial money selling diet, nutritional supplement, and personal care products.
In its complaint against Herbalife, the FTC also charged that the multi-level marketing company’s compensation structure was unfair because it rewards distributors for recruiting others to join and purchase products in order to advance in the marketing program, rather than in response to actual retail demand for the product, causing substantial economic injury to many of its distributors.

The settlement requires Herbalife to revamp its compensation system so that it rewards retail sales to customers and eliminates the incentives in its current system that reward distributors primarily for recruiting. It mandates a new compensation structure in which success depends on whether participants sell Herbalife products, not on whether they buy products.

The company will now differentiate between participants who join simply to buy products at a discount and those who join the business opportunity. “Discount buyers” will not be eligible to sell product or earn rewards.

Companywide, in order to pay compensation to distributors at current levels, at least 80 percent of Herbalife’s product sales must be comprised of sales to legitimate end-users. Otherwise, rewards to distributors must be reduced.

Herbalife is prohibited from allowing participants to incur the expenses associated with leasing or purchasing premises for “Nutrition Clubs” or other business locations before completing their first year as a distributor and completing a business training program.

Under the order, Herbalife will pay for an Independent Compliance Auditor (ICA) who will monitor the company’s adherence to the order provisions requiring restructuring of the compensation plan. The ICA will be in place for seven years and will report to the Commission, which shall have authority to replace the ICA if necessary.

If you have a similar problem and would like to be contacted by a lawyer at no cost or obligation, please click the link below.
Stay Informed
Get the latest on class action lawsuits, settlements & more! Subscribe to our free weekly newsletter.
Get our Newsletter!
Submit a New Complaint
Been wronged by a similar product or service?
Click here to send us your complaint.

Posted by
Valerie
on October 27, 2019
Try this diet waste my money and it didn’t work
Posted by
Karen Williams
on June 4, 2018
I bought and joined the company it was just a waste of money.
Posted by
shangela Brown
on December 17, 2016
I try Herbalife and it didnt do me justice.
Posted by
christina clark
on August 18, 2016
i have been a vedor for over 2yrs and i have never benefited from making sales. I feel i pay more in "dues" than anythinh.
Posted by
cheryl cobb
on August 9, 2016
Hi I also bought from lady at work that sold it
Posted by
Susan Boody
on August 6, 2016
I used to buy this all the time from a lady I used to work with.. she sold herbalife . I just can't remeber if it was like a pamphlet or brochure type thing. I wish I could remeber more. But it seemed like a good product at the time.
Posted by
Patricia Kelly-Banks-Banks
on August 2, 2016
Vemma was the first company red-flagged by these exact action involving network marketing deception.
Company owners had a history of trade practices in
their promotion of 'seasoned' network marketers and
actually recruited former Herbal Life Executives into
Vemma. 'Downline' affiliates were transferred over to
the new company to replicate recruit enrollments not
sell products retail. Only those "'company controlled"
accounts were allowed-including NBA partnership of
Phoenix Suns and former Charltte Bobcats retailed.
"Lounges" were created as established Cafes also owned and operated by the company as franchises.
Our Hospital System Wellness Center account was
prevented by seasoned network marketers moving
enrollees into their private team side internationally!

Posted by
Adrian Guilford
on July 31, 2016
I need to speak to someone regarding this matter I have been purchasing herbal life since 2014 and nothing but nothing.