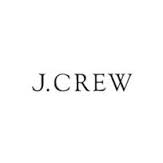 Boston, MA: A preliminary settlement has been approved in a zip codes collection class action lawsuit pending against J. Crew Group Inc. The lawsuit alleged the retailer unlawfully collected customers' ZIP codes during credit card purchases and used the information to send unsolicited marketing materials to those customers.
According to the terms of the settlement, J Crew will provide $20 vouchers to eligible class and a $3,000 award to the class representative, lead plaintiff Lauren Miller, who alleged the company began sending her unsolicited junk mail after she made two credit card purchases in 2011 and 2012. Prior to providing her ZIP code during those transactions, she hadn't received any promotional materials, according to the complaint.

Miller had urged the judge to approve the settlement earlier in the month, telling the judge that the settlement sufficiently covered the damages stemming from J. Crew's allegedly improper ZIP code collection.

"The action seeks to redress J. Crew's alleged unlawful invasion of its customers' privacy and its alleged violation of the laws of the commonwealth of Massachusetts designed to protect consumers' rights to be free from intrusive corporate data collection and marketing. The settlement substantially achieves this goal,"Miller said in a memorandum.

The settlement will put to bed claims of the proposed class of Massachusetts customers who used a credit card at the retailer's stores after June 20, 2009, and whose ZIP code was subsequently recorded. J. Crew denies any wrongdoing.