Johns Hopkins to Pay $190M in Lawsuit over Spying Gynecologist

This is a settlement for the Dr. Levy Medical Malpractice Class Action Lawsuit Certified lawsuit.
July 21 2014 - by Lucy Campbell 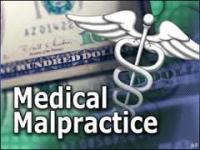 Baltimore, MD: A $190 million settlement has been awarded against Johns Hopkins Hospital in Baltimore in settlement of a medical malpractice class action lawsuit that alleges a gynecologist secretly photographed his patients.
The lawsuit, with more than 9,000 plaintiffs, claims that Dr. Nikita Levy used hidden surveillance cameras on his patients, including one hidden in a camera pen.

Levy, an obstetrician-gynecologist, was employed at Johns Hopkins from 1988 to 2013. The lawsuit claimed that the hospital should have been award of what Levy was doing, and that they failed to supervise him properly or investigate him.

In February 2013 Levy was fired from the hospital and just 10 days later he committed suicide.