This is a settlement for the McDonald's Debit Card Employee Payment Class Action lawsuit.
October 26 2017 - by Lucy Campbell 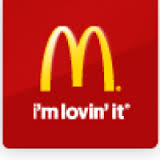 Wilkes Barre, PS: A $1 million settlement has been reached between Albert and Carol Mueller, the owners of 16 McDonald’s restaurants in Pennsylvania, and plaintiffs in an employment class action lawsuit.
The lawsuit, filed in 2013 by Natalie Gunshannon, a single mother who worked at the McDonald’s in Shavertown, alleged that high fees on the debit cards they were paid with reduced their pay dramatically.

Gunshannon asserted that as a result, she was receiving less than minimum wage if she used the payroll card issued by J.P. Morgan Chase and incurred the fees.

The class action includes eight lead plaintiffs, who will each receive $1,250 each plus the debit-card fees they paid. Other class members will receive $100 plus fee reimbursement.

The ruling resulted from a 2016 finding by a Pennsylvania state appellate court that upheld a lower court ruling that payroll cards were not “lawful money” or a “check,” as required under Pennsylvania employment law.