This is a settlement for the Nissan Faces Class Action Over Defective Air Bag Deployment lawsuit.
August 9 2017 - by Lucy Campbell 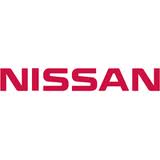 Santa Clara, CA: Nissan has agreed to pay $97.7 million to settle allegations of consumer fraud regarding defective Takata Corp. air bags, making it the fifth automaker to be released from the multidistrict litigation (MDL). A $553.6 million payout was agreed jointly for Toyota, Subaru, Mazda and BMW, similarly ending their liability in the litigation.
Under the terms of the deal, if approved, $87 would be set aside for the consumers’ settlement fund for reimbursement of all costs, ranging from child care payments and towing fees to lost wages. Nissan would also create a free rental vehicle program.

If the settlement does receive court approval, the only remaining automakers named as defendants in the MDL would be Honda and Ford. Lawyers for the plaintiffs said they would continue to pursue their case against them.

The first consumer lawsuit was filed in 2014, alleging the Takata airbags, which contained volatile ammonium nitrate inflator, can misfire, especially in humid conditions. This sends shrapnel and fumes into the vehicle cabin at high velocity. Nissan recalled more than 52,000 vehicles as a result of the airbags. At least 11 deaths in the US are linked to the defective airbags, and the company has faced enormous global recalls.

Under the terms of the agreement, an estimated 4.4 million Nissan vehicles will be covered. Nissan will inform the owners about the dangers of the Takata air bags and provide class members with coverage for repairs, including parts and labor. The plan also opens the possibility of a residual distribution payment of up to $500 per class member. The settlement does not involve claims of personal injury or property damage.

The case is In re: Takata Airbag Products Liability Litigation, case number 1:15-md-02599, in the U.S. District Court for the Southern District of Florida.

Posted by
Madalina Danescu
on August 21, 2019
Would like to be included in this suit. I have a 2017 Maxima. The car is a dud to begin with, but these airbag issues are very concerning, to say the least
Posted by
Joyce Lomax
on May 7, 2019
On Octocber 14,2018 my son was driving my 2010 Nissan Versa. He was involved in car wreck, the air bags did not deployed and he died. He was only 23 years old.
Posted by
Kim A
on April 1, 2019
2012 Nissan Versa - head on into a ditch and the airbags did not deploy.
Posted by
Dawn & Samuel Barkins
on April 24, 2018
My daughter and I were in a care accident on 4/10/2018 where the car was totaled. We both went into the windshield and none of the airbags in the vehicle deployed.
Posted by
Deborah Longhouse
on December 14, 2017
I drive a 2013 nissian Vera and the passenger seat belt lite comes on when there is no one in it. Plus other lights come on to. I scared to drive the car because of the lights and other reasons. So please help me if you can.
Posted by
Charlene Reiff
on August 20, 2017
I am presently driving a leased Nissan Altima and have this is my 4th consecutive Nissan Altima, each a 3 year lease. Count me in the class action suit!