This is a settlement for the lawsuit.
February 25 2015 - by Lucy Campbell 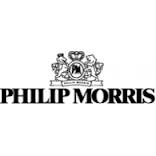 Los Angeles, CA: A $100 million settlement has been reached by three big tobacco companies and 400 plaintiffs who filed personal injury lawsuits claiming smoking-related injuries. The lawsuits are pending in Florida federal court, against Philip Morris, R.J. Reynolds Tobacco Co. and Lorillard Tobacco Co, and stem from the landmark Engle v. Liggett Group Inc. class action against tobacco companies that was decertified in 2006 by the Florida Supreme Court.
The potential settlement resolves only those cases pending in federal court, and if approved, would see R.J. Reynolds and Philip Morris each pay $42.5 million, and Lorillard $15 million.

The deal remains subject to the approval of all of the individual plaintiffs in the cases covered by the agreement. In the meantime, the affected cases have been stayed pending approval of the deal.

Posted by
stanley shusta
on November 16, 2017
I started using these products at the age of 12. I have since used these products almost 4 decades. my breathing is horrible,i have made more attempts to quit than I can count. never have I been successful. all the money I spend daily which can be going to my family is spent on this poison. they knew but did not care what it was doing to people not to mention how addictive they made them. well I would like a large portion of my money back since I cant get my quality of life back. karma is real and all things will someday be righted please help us who suffer from this demon stuff at least get some of our funds back thank you so much.
Posted by
rick edgar
on August 7, 2017
I started smoking at 17 when I went into the US Navy when at sea the Cost was .20 a pack. That was 1975 and I still smoke. I have tried to stop several times but he longest was 1 month.
Posted by
Thomas A. Roth
on June 27, 2017
Dear All,

This note is to the lawyers, to the addicted and to the companies that support addiction and their many associates.


If there is only one thing that makes you feel good, you probably have a problem. Dopamine is a natural part of our makeup and we get it, free and easy any time we doing something right, look at a handsome body, win a game of solitaire....a hundred ways to feels good, that are relatively inexpensive, not harmful, not dangerous, not stinking or disgusting, and in many cases are thing that please others as well. Making a nice dinner for the family, solving a problem, creating something beautiful, fixing the jam in the copier...

We like it when we win and do it right, and we like to see other in the family or on the team or in the company succeed as well.

I smoked since I was 13. Kool, Salem and Newport most recently. It would be nice if RJ Reynolds or Lorriard would fund the last part of my life in payment for the thousands of dollars I gave them and the scarring on my lungs that smoking has caused...but alas, it was my choice to smoke, and although they are similar to a drug dealer in many ways the cig companies and the convenience stores were making me feel good, making me feel right, by providing dopamine.

I am quit now for three years. What allowed me to quit was I needed to quit, because I was not able to take a deep full breath, and I did not want to be sitting on a lung machine later in life, knowing that I did the damage to myself. It was hard to quit, but it was easy. I just found out one morning that if I did not smoke for an hour, I did not die. No ill effects. Of course during that 56 minutes I kept finding a lit cigarette in my mouth, but I would laugh at myself and tell myself to "put it in the ashtray and let it burn." Next day I went 5 hrs without smoking and over the following week extended my time periods where I was learning to live without nicotine. After a week I just said that's it, and stopped. Found an emergency pack in a pocket, smoked that, and then really stopped.

I gave my wife, who came back from a trip, 140 dolllars in a birthday card and told her it was money for her to burn because I did not.

Then it got easy when I learned that the nicotine receptors in your brain release dopamine. Natural dopamine, that is already a big part of your natural pleasure/reward system. I started looking for the other 100 ways to feel good. And I realized any time you say the word good it is probably something that is giving you dopamine. Smells good, feels good, sounds good, tastes goods, looks good, good idea, good game....

So, to the point of this note. One can give up an addiction, and not worry that they will never feel good again. Just make the addiction "not an option" and give up THAT way of getting dopamine.

So to the lawyers, you are making your living off of other people's suffering, and you are punishing the providers of dopamine for making it available to others. To the cig companies, you are taking advantage of our dopamine reward system and providing it in a non specific general no reason way and getting people addicted on your product. It is OK I guess to make others feel good, but it is not OK to make someone dependent on you.
To society in general, the drug companies that make opioid pain killers, and the doctors that overprescribe and the rehab places that make money by administering drugs to block, or inhibit or replace or otherwise wedge themselves artificially into the pleasure reward system, remember that dopamine is available in a dance or a joke or a song or a smile and need not be sold.

We have a tremendous opioid problem. It is nobody's fault. It is everybody's responsibility to solve.

Cigarettes the same. My wife smokes still. If she dies from it, I will be pissed at cig manufacturers,o and the stores she buys them from. But I want her to be happy, to enjoy life, and nobody can tell someone else what makes them happy.

So think about others. Do the right thing. Don't make others feel bad. Don't try to fix others. Take care of yourself and make your own choices.

Posted by
Rosemarie Braine
on June 19, 2017
My mom who is now 81 smoked for 50+ years 3 packs a day. She has severe COPD stage 4 - has been interbated 9 times - is on 24/7 oxygen and uses the nebulizer every 3 to 4 hours please tons of other medications - has had a kidney removed, and has heart disease now. She has not smoked in the past 14 years but the damage was done already. How can you become part of a lawsuit against these cigarette companies.
Posted by
Cynthia Clarke
on June 5, 2017
Is there an ON-LINE from that can be filled out? I have just read something that was in NEWSman.com; that these settlements were to be paid in perpetuity( forever). There is a paragraph or sentence in the original settlement agreement ( real fine print), that states this. I did sign up here in Florida. I received a small amount which was paid by the Garden City Group one was in Seattle, Washington and the other was in New York, New York. I also contacted a lawyer on the east coast of Florida; he informed me that I was a progeny. I am not sure, I think that means the same as FOREVER. I have end STAGE COPD (IV). There is nothing that the doctors can do. I am on Oxygen 3L , 24/7, breathing meds. I have a husband and 4 grown Childers. Please let me know.
Posted by
roy arvesen
on November 30, 2016
Hi My name is Roy Arvesen and have severe copd. And have been on meds and oxygen for five years due to smoking cigarettes for 40 years. I can't seem to quit due to the addictive additives added to cigarettes. I was wondering if i might have a case against lorillard company for product liability? My doctor says i need a lung transplant due to smoking. Please let me know if there is anything you or i can due in this matter. Thank you very much for your time Roy arvesen
Posted by
Dianne jones
on August 9, 2016
I been smoking since I were 16 am now 57 been battling copd for 5yrs. I feel that the tobacco company should be held liable for my damages...
Posted by
DOMENIC SURFACE
on March 31, 2016
MY MOTHER WAS ADDICTED TO SMOKING AT THE AGE OF 16 TRIED TO STOP SMOKING SEVERAL TIMES BUT WAS NOT ABLE TO BECAUSE OF WHAT EVER THE CIGARETTE COMPANIES ADDED TO THERE PRODUCTS AND THERE STRONG ADVERTIZING