This is a settlement for the Wen Hair Products Facing Defective Products Class Action over Alleged Hair Loss lawsuit.
August 17 2016 - by Lucy Campbell 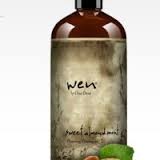 Santa Clara, CA: A proposed $26,250,000 settlement has been reached in the class action lawsuit pending against WEN Hair Care Products.
The class action lawsuit was filed in December 2015 against Wen Hair Products and the manufacturer Guthy-Renker after thousands of women complained of hair loss after using Wen Products. The popular infomercial hair care brand allegedly includes severe and possibly permanent Wen Hair Loss. Other Wen side effects include rash and burning eyes.

The proposed Settlement contains the following material terms: The settlement class is defined as All purchasers or users of WEN Hair Care Products in the United States or its territories between November 1, 2007 and August 1, 2016, excluding (a) any such person who purchased for resale and not for personal or household use, (b) any such person who signed a release of any Defendant in exchange for consideration, (c) any officers, directors or employees, or immediate family members of the officers, directors or employees, of any Defendant or any entity in which a Defendant has a controlling interest, (d) any legal counsel or employee of legal counsel for any Defendant, and (e) the presiding Judge in the Lawsuit, as well as the Judge’s staff and their immediate family members.

The settlement consideration consists of the $26,250,000 (the “Fund”) settlement fund which shall be used to pay for administration and court costs, legal fees, and other related costs, and to pay Class Member claims and provide Incentive Awards to the named plaintiffs.

There are two Settlement Classes, namely, Tier 1 and Tier 2.

Tier 1 Class-Wide Flat Rate Claims consists of any member of the Settlement Class who purchased Wen Hair Care products and does not timely request to opt-out of the settlement class. They shall be entitled to submit a claim against the Fund for a one-time flat payment of $25 per person as compensation for claims of misrepresentation regarding the qualities and attributes of WEN Hair Care Products, or undocumented claims of bodily injury, including but not limited to hair loss, hair damage, scalp pain or irritation, after using WEN Hair Care Products. Five Million Dollars ($5,000,000) of the Fund shall be set aside to pay Class Members making Tier 1 claims.

Tier 2 Documented Adverse Reaction Claims shall consist of any member of the Settlement Class who alleges to have suffered bodily injury, including but not limited to hair loss, hair damage, scalp pain or irritation,as a result of using WEN Hair Care Products, and does not timely request to opt out from the Settlement Class, may make a claim against the Fund for reimbursement of amounts spent to redress such alleged injuries, as well as an injury award designed to compensate the Class Member for any alleged injuries sustained, up to a maximum of $20,000 per Class Member, as set forth below. To make a claim under Tier 2, the Class Member must submit a valid Tier 2 Claim Form and supporting documentation, as set required by the Settlement Agreement.

The Defendant also agrees that all labels for WEN Cleansing Conditioner created after the Effective Date shall bear a common sense caution materially consistent with the following: “If you experience any adverse reaction after using this product, immediately cease use and consult a physician.”

Posted by
Valerie Lozon
on July 15, 2019
I am also a victim of this horrible WEN hair-care. I purchased this product between 2014-2016. I used it everyday for a few months I didn't noticed the bald spots until I was deep cleaning my hair after a dusty four wheeler ride in the Northwest. This scared the crap out of me I thought I has Health issues. I couldn't figure out what was wrong until a hair dresser saw my balding and asked what I was using for my hair care, I told her WEN Sweet Almond Mint Cleansing Cream shw told me to stop immediately because that's what causing my hair loss. She told me too look online at other stories like mine. This is wrong it ruined my beautiful native american and we honor our hair in so many ways it hurts to look at my pictures with this discrete thinning and balding. No its 2019 and now I'm out of luck. :( I have proof even....... What should I do?
Posted by
Ria Fisher
on April 5, 2018
Check from WEN CLASS ACTION LAWSUIT arrived today. Range 2 of Tier 2 payment for $3968.34.

NO amount of money will undo the damage this product has caused in my life physically, emotionally, or professionally – as well as in the lives of thousands of other women.

My hair has been destroyed by WEN-it will never be the same again. After 5 years of no regrowth, I’ve had to accept this fact.

Reading all the posts from literally 1,000’s of women on many different websites about people’s traumatic WEN experiences is very disturbing and just breaks my heart. I feel for every one of them. A woman’s hair is such an important part of her identity and emotional well being…

While I’m very “grateful” for the monetary award I’ve received-I can say I DON’T understand the methodology they used to arrive at the awarded dollar amounts for plaintiffs. My documentation/experience was concretely in their written outline of RANGE 3 OF TIER 2 (which had an award range of $7,500 to $12,500). The award granted me was in RANGE 2 ($2,500-$7,500). I honestly feel that there was simply way more plaintiffs than they bargained for and too little money awarded for distribution.

I don’t feel anyone was given what they really deserved. I personally think that only people that submitted proof of harm should have been eligible for awards. There are many people who collected money who didn’t experience any physical trauma/damage… which isn’t really fair in light of how many people did experience damage and received too little.

It’s very sad to read the nasty comments and see people attacking each other over things that aren’t even in anyone’s control. No one had any control over what the outcome of the distribution amounts would be… so why be ugly towards one another? As women, we need to have compassion for each another.

And although I don’t understand the process the lawsuit administrators executed-what I DO get is that no one is a winner on any level here. It’s a loose, loose situation for everyone involved.

I just hope that every woman who has been negatively affected by this product USES her VOICE to WARN other un-suspecting women about the potential caustic damage WEN can cause.

I’d wish someone had warned me…

It’s the RIGHT thing to do. And it’s the least I can do for others.

Posted by
Rosie Warren
on March 28, 2018
I submitted the required information and have not gotten a response about anything. ??/ I would like to know one way or another. Have the case settled ? Thanks in advance for a reply.
Posted by
Lisa Case
on February 15, 2018
I submitted a Tier 2 claim and because after using this product for a long period of time clumps of hair was coming out on my brush and I had a massive bald spot on the back of my head.

I am disgusted and looking forward to getting my money.

Posted by
Thom Hull
on September 11, 2017
I WAS A WEN CUSTOMER FOR 3 YRS. MY HAIR WAS ALWAYS THICK AND COMPLEMENTED BY EVERYONE. THIS YEAR I JAN.17 I STARTED HAVING CLUMPS COME OUT DAILY EACH TIME I COMBED IT.
STOPPED USING IT IN MARCH 17. HAIR HAS NOT GROWN BACK...! JUST HEARD ABOUT CLASS ACTION LAWSUIT ! WHAT IS NEXT.
Posted by
Suzanne Bonner
on August 7, 2017
For QUESTIONS ABOUT THE SETTLEMENT HAVE YOUR CLAIM ID READY: