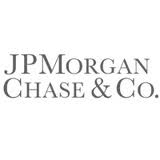 New York, NY: A settlement for the Class of BLMIS/Madoff customers has been reached affecting ("Class Action Settlement") all potential claims against JPMorgan Chase Bank, N.A. and its parents, subsidiaries and affiliates ("JPMorgan"). The proposed Class Action Settlement will be contemporaneously presented by motions for approval to both United States District Court Judge McMahon and to Bankruptcy Court Judge Lifland. The filed case number is 11-cv-7866 (VM) (U.S. Dist. Ct., S.D.N.Y.).
The settlement of this Class Action is one part of a multi-part resolution of Madoff-related litigation against JPMorgan involving simultaneous, separately negotiated settlements, which include the Class Action Settlement in the amount of $218 million, the SIPA Trustee' Avoidance Action settlement in the amount of $325 million, and a resolution with the U.S. Attorney' Office for the Southern District of New York that includes a civil forfeiture in the amount of $1.7 billion. The payments by JPMorgan in connection with these agreements will total $2.243 billion and will benefit victims of Madoff' Ponzi scheme.

Posted by
Jennie Harrison
on August 12, 2018
Chase took over 4,400 from my account and then two days later lowered my credit card to 500. Several areas of concern: they took more than the balance on my card and my card was not past due. I made a payment on my card, then set up for auto bill pay. When I realized what happened I called CHASE banking and CHASE Credit Card. Chase Credit Card supervisor stated this was an error, could see what happened and would correct everything. This would take three to five days. Three days later I called for an update only to find that TWO days after my call, my file was reviewed and my credit card limit dropped to $500. None of my money would be returned and what the first supervisor stated on the call was correct, but I had my file reviewed and circumstances had changed. How do you trust this type of banking? You see where I make a payment on my credit card and you take that payment and more? No one could explain why all my money was taken and not just my credit card balance. I dropped everything and went to the bank. They will review and my money was temporally replaced. How is this ethical business?