This is a settlement for the TGI Friday's Faces Class Action of Undisclosed Drink Prices lawsuit.
October 30 2017 - by Lucy Campbell 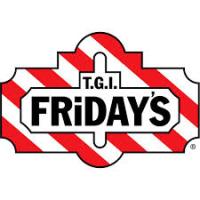 New York, NY: Further to a proposed settlement deal reached in September, 2017, preliminary approval has been granted for a revised $19.1 million settlement of an unpaid wage and hour action lawsuit brought against TGI Friday’s.
The original settlement was rejected by US District Judge Analisa Torres as she found the proposed class action’s confidentiality provision was impermissibly vague and its waivers and releases too broad. However, the revised settlement, if granted final approval, would see restitution for 28,000 TGI Friday’s tipped workers who had claimed violations of the Fair Labor Standards Act (FLSA), and the state and federal labor laws of California, Colorado, Connecticut, Florida, Illinois, Maryland, Michigan, New Jersey and New York.

TGI Friday’s has been ordered to transmit the settlement funds to the settlement account by November 9, and the claims administrator instructed to create and institute a dedicated website by the same date.

Upon final approval, the workers would receive a pro rata share of the settlement based on the number of weeks they worked during the proposed class period, according to court documents.

The workers alleged the defendants improperly took a “tip credit” from their paychecks and paid them a reduced minimum wage, which in this case, is not allowed under the FLSA and state laws. The plaintiffs also claimed the restaurant owners failed to pay them all owed overtime and uniform-related expenses, misappropriated tips and took unlawful deductions for customer walkouts.

Posted by
Gopal
on November 14, 2017
Poor
Posted by
jerrell warren
on November 5, 2017
I worked at TGI Friday in Columbus Ga