This is a settlement for the Rite Aid Corp. and Eckerd Corp. lawsuit.
January 14 2013 - by Lucy Campbell 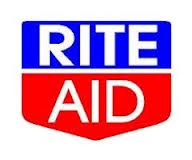 Pittsburgh, PA: A $20.9 million settlement has received final approval from a federal judge, ending 14 wage-and-hour class and collective action pending against Pennsylvania-based Rite Aid Corp., over allegations of unpaid overtime.
The lawsuits involved 4,700 Rite Aid stores with 7,426 plaintiffs as class members in 31 states -- about 4,000 of the potential class members have filed claims against the settlement fund. The employees stand to collect $1,800 on average, according to a report in the Pittsburgh Post Gazette.

The settlement puts to rest four years of litigation that included one of the cases, Knepper v. Rite Aid, going up to the U.S. Court of Appeals for the Third Circuit for a determination that collective action claims under the Fair Labor Standards Act and class action claims under state wage-and-hour laws can be brought in the same action, the Pittsburgh Post Gazette reported.

The settlement stipulates that class members will be paid based on the amount of hours worked during the applicable period. Plaintiffs' counsel will share in about $6.7 million in attorney fees and nearly $275,000 in costs. Filed in 2008, 12 firms worked on the lawsuit for a total of more than 14,000.

Posted by
Tyrene Chester
on January 8, 2018
I worked for Rite Aid 2005-2006 and contected to see if i wanted to be apart of the clasd action against Rite Aid I peovided the representative my information and i never heard. from them agaun. Im reAching oit to see if there is unclaimed funds regarding this settkement.
Thank you for your time