This is a settlement for the Unpaid Overtime Class Action Lawsuit Filed Against Ulta Cosmetics lawsuit.
November 2 2016 - by Lucy Campbell 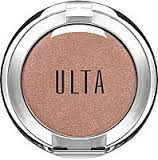 Santa Clara, CA: A preliminary $2.7 million settlement has been reached in an California labor law class action lawsuit pending against Ulta Salon Cosmetics & Fragrance, Inc. The complaint was brought by story employees in California who claimed the company failed to pay hem for the time it took to do required bag checks at the end of employee shifts.
Specifically, the complaint, filed by former Ulta employee Sarah Moore in March 2012 on behalf of a proposed class of non-exempt Ulta employees, alleged they were subject to required bag checks anytime they had to leave the store for a rest break, meal break or at the end of a shift. The proposed settlement includes an estimated 8,250 store employees who were considered non-exempt workers at the salon and beauty products, which operates about 69 stores in California. They would have worked at the chain from March 2, 2008, to the date the court grants preliminary approval or January 27, 2017, whichever date comes sooner.

If approved, the settlement would resolve claims brought under the California Labor Code that Ulta failed to pay overtime, compensate for all hours worked, pay wages due upon discharge or provide required meal or rest breaks to workers due to the mandatory exit inspections, also referred to as bag checks and donning and doffing.

This settlement follows a $3.65 million preliminary class action settlement reached earlier this year, between Ulta' and about 230 store managers in California, who alleged they were misclassified as being ineligible for overtime.

Posted by
Franco Cortinovis
on April 25, 2019
I never got my settlement for the missing hours they stated. 41 unpaid hours