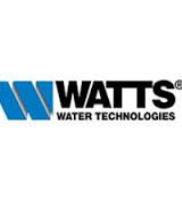 According to the settlement terms Watts will pay $14 million into a common settlement fund, $10 million for Sharp’s action and $4 million for Klug’s settlement class. Sharp and Klug will each receive $5,000 as class representatives.

The settlement class in Klug’s case includes everyone in the United States who owns, leases or resides in a built structure with a FloodSafe connector since November 2008.

Sharp’s settlement class covers all people, also after 2008, who own, lease or live in a house or building containing a water heater connector.

Posted by
Billy Fountain
on April 12, 2017
This connection flood my basement